So much for me keeping on top of these; it seems to be three months since I posted one of these.

So, here’s the next record I (remember) buying back in 1986, and it’s one that stretches my very idea that there’s no such thing as a guilty pleasure to its’ very limits.

I have no funny story or recollection to tell about this, I simply offer this up for your enjoyment or otherwise.

For this is not a record that I’m proud to announce to the world that I bought, but I did, so there you are. 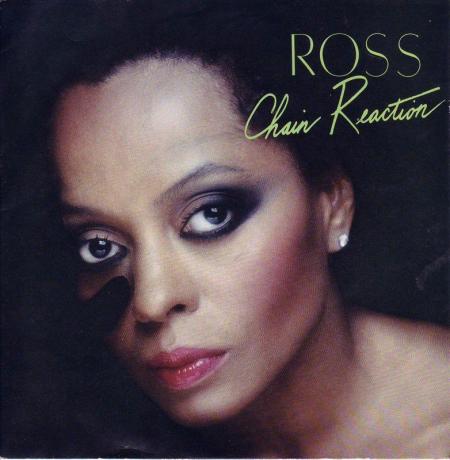 All I can say by way of a defence is that I was still a few months away from my musical epiphany and, at the time, I knew it was written by the Bee Gees (not that I’m particularly a fan of the brothers Gibb, but credit where credit’s due, they knew how to write a hit single), and they’d been responsible for a song which I still consider to be one of the finest singles ever released, and a “had a few drinks on a Friday night, sing-a-long” favourite of mine and Hel’s:

In a week full of nasty surprises, death and war, surely, this week’s news that Barry Manilow is gay was a little ray of sunshine, even if it can have come as a surprise to literally nobody.

Manilow explained that he had kept his sexual orientation secret out of concern that it would disappoint his largely female fan base; turns out that when his fans found out, they were supportive. Probably because they’re all in their late-70s by now and past caring. Or at the very least, unable to chase him anymore.

I can understand that when he rose to fame in the early to mid-1970s, times were different, and perhaps such an announcement would have attracted some adverse publicity. But it’s rather sad that he felt the need to keep this concealed, especially when you consider that he married his long-time partner in 2014, whom he had been with since 1978.

A couple of songs which seem appropriate then:

The Lemonheads – It’s About Time

Something else which will probably not come as much of a surprise – and this is where my credibility takes a bit more of a battering – is that I do have a bit of a soft-spot for Manilow’s schmaltzy kitsch shtick.

But, I’ve always found it rather ironic that, despite his reputation as being a composer/arranger and  singer/songwriter, one of his bigger hits, “I Write the Songs”, was actually written by former Beach Boy Bruce Johnston; in fact by the time Manilow released it in 1976, it had already been recorded by The Captain & Tennille, and been a hit for teen pin-up David Cassidy.

I do rather like Manilow’s version, though. There. I’ve said it.

Barry Manilow – I Write the Songs

Yes, you’re right. I did just want to post some Manilow. Sue me.

Today, two songs which couldn’t be at further ends of the musical spectrum if they tried.

Firstly, from her disco-y going into diva-y period, and written and produced by the legends that are Nile Rogers and Bernard Edwards of Chic fame (and you can tell): 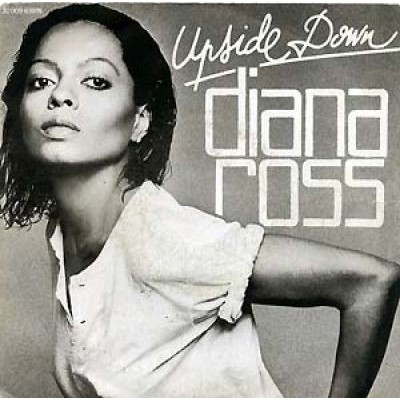 In the mid-90s, I was moonlighting selling (official) merchandise at gigs at St David’s Hall in Cardiff, and worked the night that Diana Ross played there. I was quite excited, knowing that in essence I was going to get paid to watch a Motown legend, or at the very least (depending on where I was told to stand) see most of her performance.

I found out that I was manning the counter right at the back of the main hall, behind all of the seating areas, which meant that whilst I wouldn’t see her, I would be able to hear her. Generally though, people tend not to stop watching a gig to go and buy a t-shirt, so I was free to wander into the arena itself whist she was on to catch a glimpse.

Sorry to report she was dull as the proverbial dishwater. Just bland and clearly going through the motions. Disinterested. If I’d paid upwards of £60 to see her that night, as many had, I’d have been leading a lynch-mob to the box office, pitchfork in one hand, flaming torch in the other, demanding a refund.

This was, of course, a real shame. Ms Ross is one of those pop stars that has been around forever; like her or loathe her she is the wallpaper soundtrack to a lot of people’s lives.

By contrast, the next band growled onto the music scene in the first half of the 1980s, seemingly causing havoc wherever they popped up, dividing opinion as they went.

I first became aware of them through my by-now-fully-fledged goth of a brother. However, when I first heard them, I thought they were utter shite. This was in no small part to the fact that, at that age, it simply wasn’t the done thing to like the same music as one of your siblings.

At the time, I was still buying Smash Hits, and the only time they got a mention in those hallowed pages was when one of their singles – I forget which – was reviewed by that well known music critic Suzanne Tully – I think – aka Michelle Fowler from EastEnders. She hated whichever of their early singles it was that she reviewed with a passion, slagging off not only the song, but their name, pronouncing it – and again, I’m going from memory here – “vile”.

At this time, of course, mine and my brother’s musical tastes were as disparate as they would ever be, and I would take every opportunity to point out what an utter cock he was for listening to this stuff. No finer example can I think of than when one of their singles entered the charts at Number 20, rose to Number 13 the next week, returned to Number 20 the following week, before plummeting out of the charts again. I found this hilarious, constantly goading him about his new favourite band’s inability to either have a Top 10 hit or remain in the charts for a month. These things were important to me back then; he, wisely of course, couldn’t have given a flying fuck about the charts.

But then two things happened, and while I can categorically say when one of them took place, the other my fuzzy memory has some difficulty in placing in my time line.

A little while ago, I bought a load of back copies of Smash Hits and the NME that I had bought when they came out, each indicative of a crucial period in my musical history(Smash Hits: mid-80s; NME: late 80s – mid 90s), and this was one of the copies I received. I keep them all in a magazine rack in the toilet in case any discerning guest visits and want to have some pop history to read while they take a dump.

Anyway, as I say, I can’t remember which happened first, but at some point the switch flicked, and I suddenly “got” them. A turning point, for sure.

The Jesus and Mary Chain – Upside Down