Or, as I believe you youngsters say, “Like WTF?”.

BBC4 are currently re-airing some of the few remaining editions of Top of The Pops from 1981 which weren’t hosted by convicted or dead paedophiles, and earlier today I was catching up with a couple of the programmes I’d recently recorded. (I don’t Sky+. I object to Sky. I don’t see why I should give any of my money to Jerry Hall unless I can absolutely help it).

Anyway, a song came on which I quite liked, had never heard before, and so I made a note to track it down sometime.

This evening, as I prepared my evening meal (Chippy chips!) with my mp3 player on shuffle, the very same song came on. Turns out I already owned it and had no idea. Which bodes well for me writing about every record I ever bought, in the order I bought them.

This is the song in question: 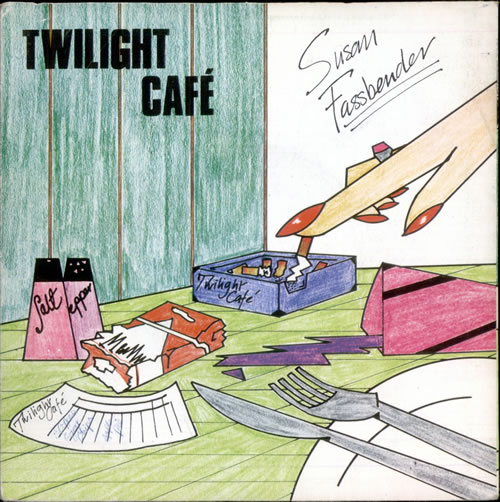 And while I’m in a Fassbender kinda mood (I’m always up for a little bending of fass), here’s a similarly monikered chap from the soundtrack to the 2015 movie “Frank”, which as I’m sure you know is based on the lovely and brilliant Jon Ronson’s brief stint as keyboard player with the legend that was Frank Sidebottom:

The Soronprfbs & Michael Fassbender – I Love You All (Radio Mix)

Which I can categorically tell you sounds fuck all like Frank Sidebottom. You know it doesn’t, it really, really doesn’t.

By way of contrast, since it’s Saturday and therefore a football day, here, from the anti-ID card compilation album “Bananas!” released in 1989 is some of your actual Frank (and a very much uncredited but prominent Little Frank):

I bought this album back in the day, not because I particularly objected to the introduction of ID cards (though I did) but mostly because it has a few absolute corkers on it, including one which will forever feature in any Top 10 favourite records ever(!) list I’m ever asked to create.

Anyway, if you’d like to read up on the circumstances that prompted this compilation album coming into being, then I’d suggest going here: Bananas!