Now. I know the other week I said that I didn’t want to just come on here and moan about how hopelessly inept the handling of the Covid-19 pandemic crisis has been, or what absolute dullards/heartless bastards our Goverment is made up of, and I really want to keep to that.

You can sense a “But…” coming this way, right?

But…it’s rare that a week goes past when something doesn’t get my dander up, and this week, that thing came on Thursday. (There were things before that, of course: Johnson’s absolute inability to answer any question Kier Starmer asked him at PMQ’s for the umpteenth week running, for example, but given the frequency of that happening I figured I can mention it at pretty much any week I choose going forwards.)

But on Thursday, a new low, and a sneek preview of how things are going to be for the next few years at least.

For on Thursday, there was a vote in the House of Commons, tabled by Labour, to bring in weekly COVID-19 tests for NHS workers.

This is a no-brainer, right? We all saw first hand the explosion of gratitude across the nation to out NHS workers, with weekly rounds of appreciative applause echoing up and down our streets. We want to protect them, so they can continue to protect us, right?

We all remember Boris, standing out on Downing Street, having announced that the NHS had saved his life (the recuperative powers of watching Withnail & I previously having been unknown), joining in with the clapping before retreating back indoors to carry on making his buses out of wine boxes, write another racist article for The Spectator, try and mount anything which looks vaguely female, or whatever it is that he does behind closed doors. And he was not alone amongst the cabinet in taking to the streets, or as close to the streets as their moats will allow them, to join in the applause. There were the usual suspects: Raaaaab, Patel, Hancock.

…and the rather less clear:

Not so much about protecting the NHS in that one, but that’s implicit, right?

I mean, it must be when you look at figures like this:

In case it’s not clear, those jobs -particularly the ones towards the top of the list – are predominantly the lower-paid, who can’t work from home but who have been told it’s okay to go back to work.

So you would think that, in these new times, where we appreciate the work our NHS and care workers do, ensuring they – and by extension, us – are protected by way of weekly checks would be an obvious way for our politicians to double down on their words of praise.

If you’d like to see how your MP voted, you can check here. Spoiler alert: of those 344 votes, 343 were from Conservative MPs, and 1 was from the DUP (Jim Shannon, who seems to think the Government haven’t quite got enough out of that £1 billion they lobbed in their direction to prop them up after the 2017 election.)

343 MPs more concerned with toeing the party line than actually doing something good for once in their otherwise vacuous existences.

If you disagree with the way your MP voted, you can let them know by emailing them. Just Google their name and you’ll find an email address.

So you’ll forgive my cynicism, skepticism, call it what you will – but I’ve never believed the Tories when they say that they value the NHS. Right there is a clear indication that actually they don’t give a fuck about them, or, by extension, about you.

She & Him are a collaboration between singer and actor Zooey Deschanel (probably best known over this side of the pond for her roles in sitcom New Girl and films Elf, Yes Man and 500 Days of Summer) and M. Ward (of…um…M. Ward and Monsters of Folk fame). Since I read about the above on Thursday, I’ve had this tune by them lodged in my noggin:

Some songs, of course, just simply should not be messed with.

Anyone who was unfortunate enough to hear Ed Sheeran and Anne-Marie, or even worse Ronan Keating and Moira Brennan’s versions of “Fairytale of New York” will know what I mean.

Here’s another song to add to that list. Many have tried. All have failed. I mean, why try and improve on perfection?

Take professional kookie indie girl Zooey Deschanel and M Ward’s stab at this, which they play with a straight bat, omitting the words “The”, “Chipmunk”, and “Song” from the title and steadfastly refusing to perform any of the lyrics in triple time:

She & Him – Christmas Don’t Be Late

And then there’s Tegan and Sara, who at least have the decency not to castrate the title, and have some chipmunk-y vocals:

Tegan and Sara –  The Chipmunk Song (Christmas Don’t Be Late)

I mean, they’re both perfectly acceptable, but they’re not this,  the closing track on that “Looney Tunes” compilation album I featured quite a lot a while ago, are they?: 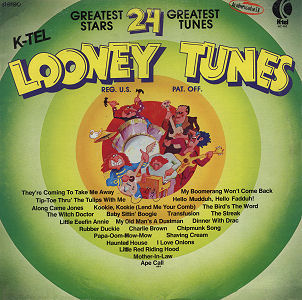 It amuses me greatly to think that somebody searching for Christmas songs by rapper Chipmunk may have just have stumbled across this and will either be very happy or very, very disappointed right now.

I suspect the latter.

Here’s another tune from that album my Aunt Barb (hello, and Merry Christmas if you’re reading this!) bought me when I was a nipper, this time by a bunch of characters who’ve enjoyed quite the lease of life recently, earning themselves a film franchise, TV series and five Grammys.

I think I identify with Alvin the most: 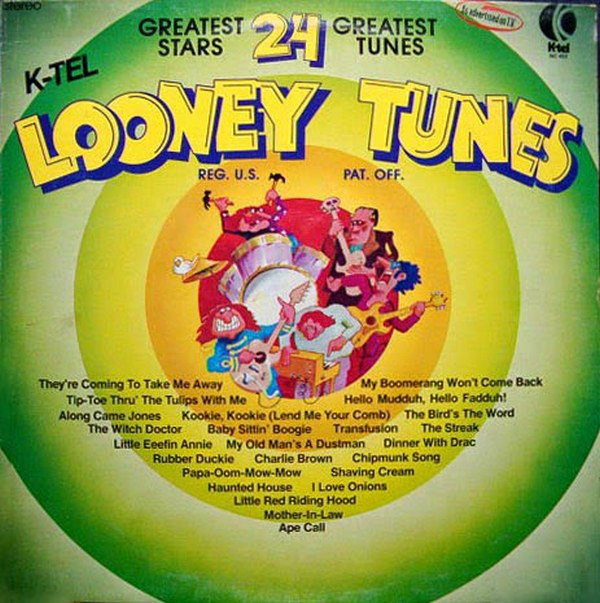 I bring this up now, because professional Indie waif Zooey Deschanel and perennial under-achiever M Ward have released yet another album under their She & Him guise, a Christmas one this time, which includes a cover of the aforementioned rodent-based tune:

She & Him – Christmas Don’t Be Late

Cut out the annoying squeaky voices, and that’s quite lovely really, isn’t it?