Terribly, terribly sad news reaches us that avuncular legend Mark E Smith, he of The Fall, has died.

I bought my first single by The Fall at the age of 18, and whilst other bands are still around, they’re the only band I can think of who have continued to release brilliant records ever since.

I’m not going to claim to be a super-fan; some of their songs I find deeply impenetrable. But those are vastly outweighed by the oh-so-many moments of utterly mad brilliance.

The line-up may not have remained the same for much more than two records at a time, but there was always one constant, the glue that held the glorious ramshackle noise together, and now he’s gone.

Oddly, of all of the Fall records I could have chosen to play right now, I’m plumping for this, as it’s my favourite vocal and lyrical performance by Smith, elevating a perfunctory song from a fairly uninspired Inspiral Carpets thrash far above and beyond anything they could have managed without him.

I’m off to have a little sob to myself and to raise a glass to the grumpy old bugger.

Things won’t be the same without him.

I’m not usually one for ascribing one particular year as being good or bad, but, and excuse my language, fuck me 2016 has been horrid.

I don’t even mean the shifting of the political climate, where Donald Trump can be the US President-Elect (I still can’t believe I’m typing those words), or where the dunderheads voted for Brexit (and I can’t believe I’m still having to use that phrase); I mean the ridiculous amount of celebrities – and pop artists in particular – that we’ve lost this year, a list which just seems to keep on growing.

Sure, few will be as significant as the losses of Bowie and Prince, but still…there’s some old muso warhorses that have gone this year who should be properly mourned.

This last week, we have lost (and forgive me if I’ve missed anyone, it’s kinda hard to keep up): David Mancuso – pioneering House DJ, and Sharon Jones, of Sharon Jones and The Dap Kings, a phenomenal talent. There are people far better placed than I to comment on both their passing, and if you have a sweep through some of the blogs in the list on the left you’ll find people who’ve done just that.

And then there was Craig “Gilly” Gill. As I mentioned, I went to see Teenage Fanclub on Tuesday, and practically the first thing my mate Gary said to me when we met up was “Did you hear about the drummer from Inspiral Carpets?”

I had, obviously. With some of the folks who have passed on this year, you kind of knew it was on the cards; they were a bit older than us, had been around for many years, were known to have been ill or had a reputation for abusing certain substances at some point in their career or other. But Gilly was someone our age (actually, younger than me) who was in a band that I considered to be of my era, “one of mine”.

To the average punter, Inspiral Carpets were known for having dodgy bowl haircuts, writing pop tunes that were led by Clint Boon’s swirling organ-esque keyboard sound, and for being part of the Madchester scene, even though they were sort of on the edge of it, Madchester without actually sounding Madchester. And that’s all true, but there was  more to them than that.

So you go back and listen to them, with the benefit of hindsight, and you realise what a great drummer Craig “Gilly” Gill was. Listen to this, for example:

And then there’s this, a very different kettle of fish, the other end of the spectrum, one which we seem to end up singing when me and my buddies meet up for a Christmas drink at The Dublin Castle in Camden: 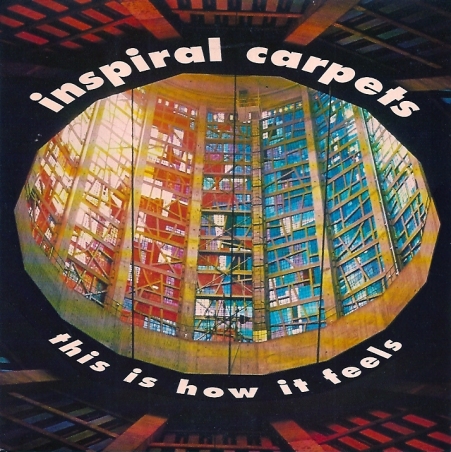 Inspiral Carpets – This is How it Feels