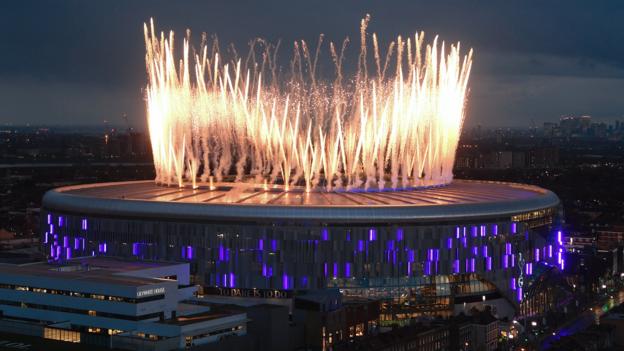 Signatures and autographs seems to have become an unintentional theme of my posts this weekend, so I thought I’d share something that happened last weekend to round things off.

As many of you will know, I’m a massive football fan, and, as I wrote way back here (song link not re-upped as I got my only take-down notice when I first posted it) I’ve supported Tottenham Hotspur since 1981.

I don’t believe in fate, but something – pure coincidence seems more likely – has lent a hand in me now living in North London, not a million miles away from my beloved Spurs’ home ground.

Many of you will know that for the past year and a half, Spurs have relocated to Wembley, as their own stadium, White Hart Lane, was demolished and then rebuilt with a significantly larger capacity. The process has not been without its problems: the stadium was supposed to be finished and ready for the start of the 2018/2019 season, but it was only this week that the doors finally reopened and we were able to play our first competitive match at the new stadium (I say “we” like I had something to do with it, which of course I didn’t).

Whilst the club was relocated, I’ve been fortunate enough to go to a few games for free, courtesy of a friend of mine, Ray, who works for the club. I’ve known Ray for about twenty-five years, since he first worked with and then lived with my old mate Richie. Full disclosure: that twenty-five years includes a massive gap when I lost touch with both of them. But now, every now and then, I’ll get a text or a direct message from Richie, asking if I fancy going to a specific game as Ray could probably sort out free tickets for us (I feel embarrased to actually ask if he can sort tickets for us for a particular match, and would much rather wait until the opportunity is offered to me). The answer is always, unless I have something else on which I really can’t get out of: yes!

Consequently, I’ve been fortunate enough to have been at matches against Real Madrid in the Champions League last year (we won, 3-1 – what a night!), against (and, no disrespect intended but there’s a considerable drop-off in the quality of the opposition here) Huddersfield (a 2-0 win), the final game of last season (which was supposed to be our last game at Wembley) against Leicester – possibly the stupidest but most thoroughly enjoyable match I’d ever seen up until that point, which ended up with us winning 5-4 – and our 3-0 win against Borussia Dortmund in the Champions League this season, where Richie and I, thanks to Ray, ended up sitting very close to the likes of Michael McIntyre and England manager Gareth Southgate.

For that last couple of those games, Ray had arranged for us to have access to the bar where the sponsors meet and eat, and where ex-players are employed to meet with the fans, have a chat and a photo taken. Consequently, I have pictures (which I won’t bore you with) of me and Richie with the likes of Tottenham Legends Robbie Keane, Ledley King, Pat Jennings, Gary Mabbutt, Ray Clemence and Ricky Villa (I was a total dribbling fanboy when I met him, telling him over and over – as he must have heard a thousand times before – “You’re the reason I support Spurs!”.

Because of this goal:

So last Saturday, Ray had sorted something really special, never to be repeated, for us: pre-match lunch in the exclusive Tunnel Club (yes, I know it sounds like a euphimism for a gay bar, but it’s so called because the end wall looks out onto the tunnel the players line up in as they prepare to head out onto the pitch) followed by really quite amazing seats, right behind the home bench, for the Tottenham Legends as they played Inter Milan Forever in the final test event before the stadium doors opened properly on Wednesday of this week.

And when I say “really quite amazing seats” I mean it: 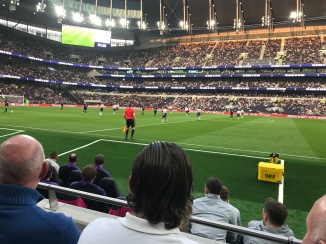 The stadium is breath-takingly amazing, getting the balance between the old and the new just right, as evidenced here:

On the day, for Milan, such lumiaries as Lauren Blanc, Mikaël Silvestre, Juan Sebastian Veron turned out. For Tottenham the likes of Robbie Keane, Jurgen Klinsman (who played for Milan in the second half), Dimitar Berbatov, David Ginola, and of course, Paul Gascoigne.

Here’s all nine goals that were scored – it’s worth watching just for Robbie Keane’s gloriously impudent goal, and his trademark celebration, which is round about the 8:00 mark:

What’s missing from that footage (apart from me – I’ve spotted Richie in the crowd, but I’ve no idea where I am) is Gascoigne’s brief appearance; he came on in the second half to a rapturous reception, but clearly injured himself in the warm-up; he basically limped around the pitch for fifteen minutes or so as he desperately, unsuccesfully, tried to run off his injury. It was lovely to see him, but also sad that we hadn’t really seen him.

As he came off, Richie turned to me and said: “I’ve always wanted to say that I saw Gazza play. I’m not sure I can say that now.”

And on came David Ginola.

We’d been sitting very close behind him for the first half, and I spent much of that time in irritating fanboy mode, nudging Richie in the ribs and saying “David Ginola’s sat just there!” over and over again: 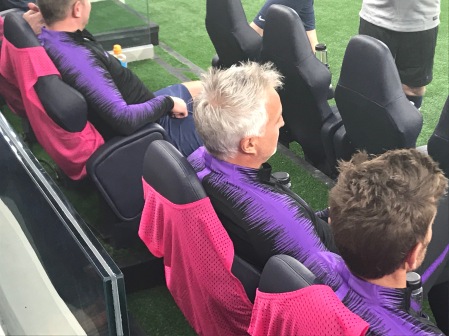 I’d wanted to capture the moment he stripped off to his kit to come on; this was the best I managed: 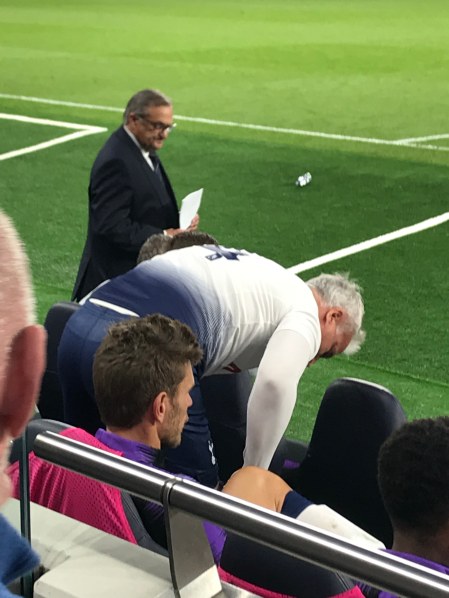 Phwooooar! Am I right, ladies?

But, as is to be expected of a man who has recently had major heart surgery, his involvement in the game was restricted to a few nonchalant Gallic flicks and back-heels.

I still would though.

To see these players, who mean so, so much to me, even if I wasn’t watching them play in their pomp and prime, was utterly, utterly priceless to me. It was quite the most glorious of days. I can’t think of another time that I was quite so deliriously stupidly happy.

Anyway, to the anecdote.

In the second half, one of the chaps who had been sitting on the table next to us in The Tunnel Club, leaned over and tapped Darren “Sicknote” Anderton on the shoulder, proffering him a match-day program and a pen. Anderton duly obliged, and went to hand the program back, only to be asked if he could pass it forward to Gazza.

Which, whilst I must applaude the audacity of the autograph hunter in question – I commended him on it back in the Club after the game – it must have been a dagger to Sicknote’s heart.

The Monkees – (I’m Not Your) Steppin’ Stone 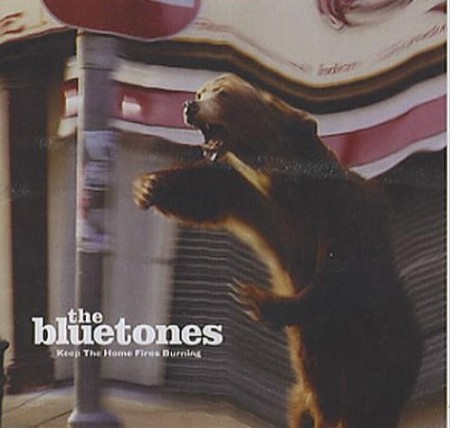