This morning I was going to return to look at some more of those “song titles which could only appear in Country records” which I’ve previously dabbled in, but then I stumbled upon today’s chosen tune.

Written by Bobby Braddock and Curly Putman, who also co-wrote such Country greats like Tammy Wynette’s D-I-V-O-R-C-E and George Jones’ He Stopped Loving Her Today – Putnam also wrote Green, Green Grass of Home, so you get some idea of the pedigree we’re dealing with here – this doesn’t quite fit the category, but it does have a mighty fine pun in the title nonetheless:

The Statler Brothers – You Can’t Have Your Kate And Edith, Too

It’s Father’s Day today here in the UK, and so I thought I’d post a Dad-related Country song this morning.

Turns out that all the ones I could think of are sings about Dads who are either absent, alcoholic, dead, or all three.

Since my Dad is none of these things (at least, he wasn’t last time I checked), I thought instead I’d post a song by a Country act I know because of my Dad, which given that 99.9% of the songs I post in this series have come to my attention the same way, doesn’t exactly make today’s post anything out of the ordinary.

The Statler Brothers are not all brothers (two of them were) and none of them were called Statler. They had originally performed under the name The Kingsmen but when another band with the same name had a hit in 1963 with Louie Louie they decided they needed to change their name. They settled on Statler after seeing the name on a pack of tissues in a hotel room.

Apart from the other times I’ve posted songs by them, you may recognise them as Johnny Cash’s backing vocalists, which they started doing in 1964 and carried on until the early 1970s. You can hear them on his At San Quentin album, for example, and they get a name check on Closing Medley from that record.

Anyway, here’s a tune by them: 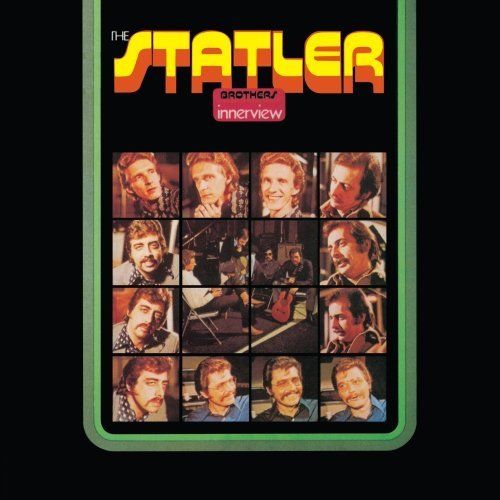 The Statler Brothers – Do You Remember These?

And to make this a little more Father’s Day friendly: in 2007, Grandstaff – who were Wil and Langdon Reid, the sons of actual Statler Brothers Don and Harold – recorded this as a tribute:

So to prove that you can go back, here’s The Statler Brothers, reporting back after a school reunion, and, man, it gets bleak:

The Statler Brothers – The Class Of ’57

The other day (Friday, to be precise), over at his constantly wonderful place, Charity Chic posted a couple of tunes by George Jones, and made reference to today’s song, how he’d posted it before, and how he’d refrain from doing so again for fear of repetition.

Well, I haven’t posted it before, but I’m gonna.

However, I’m plumping for the version I’m more familiar with, the one by The Statler Brothers. My father had a copy of their “Innerview” album on vinyl when I was a kid, probably now gone to the great car boot sale in the sky, and for me this was the stand out track. I didn’t find out it’s a George Jones cover until many years later:

The Statler Brothers – She Thinks I Still Care

For me, “She Thinks….” is your archetypal country record: mournful, stubborn, regretful, spurned. When people say country music is the white man’s blues, it’s this kind of record they’re talking about.

Here in the UK, today is Father’s Day.

A couple of months ago, my brother and I got phenomenally pissed and told my Dad about this place. The more astute, comment reading folks, amongst you may have spotted a little comment from him a couple of weeks ago, accepting the props for turning my ear to the record which shares a name with this thread.

Saturday nights in our house when I was a kid were generally spent playing records and having a bit of a sing song where possible. It was through these nights that I learned about not only Kris Kristofferson, but also Lonnie Donegan, Fats Waller, Roberta Flack, The Rolling Stones (Dad used to do a great Jagger impression that he now denies all knowledge of), some amazing jazz records by Count Basie, Benny Goodman and Dave Brubeck that I still don’t know the names of, and of course Johnny Cash.

The title of the song, and the “Me and Little Brother…” line are provided by another Country act that Dad had a couple of albums by: The Statler Brothers.

Back in the 1990s, I was in Spillers Records in Cardiff one day when I was surprised to hear them playing a track I recognised as being by The Statler Brothers. Spillers is a cool little independent record store; more than that it is officially the oldest record store in the world, having opened its doors for the first time in 1894. It’s a haven for great records, with enthusiastic, helpful and knowledgeable staff, and it’s one of the main things I miss about not living in Cardiff anymore. It’s not the sort of place I was used to hearing The Statler Brothers being played, though. (I took Mum and Dad there once when they came down to visit. I picked up a copy of The Mighty Wah!’s “A Word to the Wise Guy” that day; Dad bought something by Emmylou Harris, I think. Mum waited patiently, as she does.)

Having not seen the film at that point, I had no idea the song in question was on the soundtrack of one of the greatest films not just of the 90s, but ever: Quentin Tarantino’s masterpiece, “Pulp Fiction”.

You know the song I mean. Bruce Willis is singing it just before he runs Ving Rhames over and they jointly…erm…”encounter” Zed and The Gimp.

The Statler Brothers – Flowers on the Wall

I defy anyone not to try and do the baritone “Kangaroo” line in that.