About a month ago, I posted Rihanna’s “SOS” in my Friday Night Music Club thread, and wrote these accompanying words:

Well, then Euro 2016 and the trifling matter of the EU Referendum and its fall-out got in the way of me fulfilling that promise, so here we are.

You all know the record I was referring to:

I’m sure it’s not earth-shattering news to most of you that that’s a cover of this Northern Soul classic: 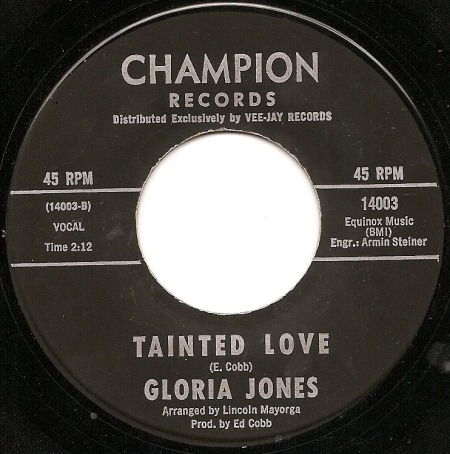 Soft Cell had ten Top 40 hits in the UK between 1981 (when Tainted Love hit Number 1), and 1991, although the latter singles were merely remixes, reissued, repackaged versions of earlier singles, and truth be told, their fifteen minutes were pretty much up after the 1982 release of this:

It wasn’t until pretty recently that I found out that that too is a cover of a Northern Soul tune, when I picked up on a cheap(ish) second hand Northern Soul compilation (I’ve yet to buy one of these without finding at least one hidden gem on it) which had this on it:

Actually, that’s not entirely true. My first introduction to the Judy Street version came via Drew’s consistently excellent blog “Across The Kitchen Table” and when I spotted a compilation album with this song on it, I knew my pockets were about to be emptied. So y’know, credit where credit’s due. Cheers, Drew, for making me poorer but my life richer!

Much as I love both of Soft Cell’s versions, those originals are a bit special, right?

But Soft Cell’s versions are magnificent on their own merit; “Tainted Love” ominously prowls, whilst “What!” camps things up in a way that was a fore-taster for lead singer Marc Almond’s solo career, particularly his love of all things Jacques Brel.

Which reminds me: I’m a big fan of musician’s autobiographies, and Almond’s “Tainted Life” is an absolute doozy that I’d recommend to anyone with a passing interest in 1980s/90s popular culture.