Regular visitors to my Friday night slot (stop it….!) will probably have noticed a few things that I like to do with the mixes I put together and post here (I’m talking the self-contained, meant-to-be-listened-to-as-a-whole mixes, not one of the ones I’ve recently split down into hour-long mixes).

Firstly, I like the first tune to be a definite opener; not necessarily one which sets the tone and style for the rest of the mix, but one which can easily be recognised as a curtain-raiser. See Tonight You Belong To Me by Patience and Prudence from Vol 1; I Dig Rock’n’Roll Music by Peter, Paul & Mary from Vol 2; Rudy, A Message To You by The Specials from Vol 3; Serious Drugs by BMX Bandits from Vol 4; R.E.M.’s Daysleeper from Vol 5…you get the idea.

Secondly, I love placing songs next to each other which shouldn’t really be there, songs which you would never have thought to play alongside each other but which somehow work (I think/hope).

Thirdly, I do love to slip in a tune which makes the listener think: ‘Blimey, I’ve not heard this for ages’ or ‘Cor, I’d forgotten all about this!’ (Not that anyone really says ‘Cor’ or ‘Blimey’ outside of a Carry On film anymore.)

Fourthly, end on something magnificent, just like you would want any gig or DJ set you went to in real life to do. Go out on a high, always leave ’em wanting more etc etc.

You’ll find examples of all four of these character traits on tonight’s brand new shiny mix, so let’s get the admin out of the way and crack right on, shall we?

Admin Part 1: any skips or jumps are down to the mixing software (I counted two when I listened back to this one); any mis-timed mixes are down to me (there’s one that’s a bit clunky here, I’m afraid; all record selections are mine (you’d better believe it, baby).

Admin Part 2: two of the tunes featuring this week contain some effin’ and jeffin’. One of those two contains a lot. Therefore this warning is most definitely required this week:

And here’s your track listing. Look away now if you like it to be a surprise:

More soon. I may even post something else before next Friday, you never know.

Richard Branson, eh? What a guy.

A true British eccentric. When he’s not crashing hot air balloons into the sea, he’s popping up doing cameos in shows like Friends (where he played a London souvenir salesman) or in the 2004 remake of Around the World in 80 Days (where he played a hot-air balloon operator). Or maybe taking part in a photo-shoot to illustrate just how British and eccentric he is. Look, here he is:

Haha! Look! He’s wearing a suit made up of lots of Union Jacks! And he’s waving a big Union Jack! What a guy!

Plus, he made his first fortune releasing records, so us bloggers really like him. And his record label – Virgin Records, in case you didn’t know – not only launched the career of Mike Oldfield (erm, yeh, thanks for that, Dickie) but also signed the Sex Pistols along with other such universally lauded luminaries as UB40 and Paula Abdul. No really, straight up.

Here’s some other companies he has set up under the Virgin Group banner: Virgin Games, Virgin Atlantic Airways, Virgin Vision, Virgin Holidays, Virgin Airship & Balloon Company (nope, never saw that one coming), Virgin Classics, Virgin Megastores, Virgin Publishing, Virgin Radio, Virgin Vodka, Virgin Money, Virgin Brides (I’m sorry, what was that one again…?), Virgin Trains (which I’m pretty sure he only set up because he thought it would be funny to hear people say they were going to “catch a Virgin”, which quite rightly, nobody ever has), Virgin Mobile, Virgin Active, V2 Records, Virgin Energy, Virgin Cars, Virgin Galactic, Virgin Fuel, Virgin Media, Virgin Racing, Virgin Trains East Coast, and Virgin Voyages.

It’s like he flicks through a leaflet, spots something that he doesn’t already own a version of already, and sets up a company to try and flog us his version of it. I’m reminded of this:

All this is, of course, pure jealousy on my part. What can’t be doubted is his patriotism. Look at his suit!

And now he’s in an old phone box, you know, just like the ones that used to work and didn’t smell like wee back in the good old days! Even if he is using a mobile phone, ha ha, that’s a really clever twist. I bet he’s on Virgin Mobile, the clever old self-promoting bearded wondermogul!

Could he be any more British and proud to be British?

Well…..actually…in 1971, Branson was convicted and briefly jailed for tax evasion, having fraudulently obtained export documents for records to be sold on the domestic market in order to avoid paying VAT.

Pah! Is that all you’ve got, I hear you cry, a spent conviction from almost fifty years ago?

Well….how about the fact that he gave up his British citizenship to save paying millions in tax into the country’s coffers? In 2013, he described himself as a “tax exile”.

And how about one of the companies I missed from that list: Virgin Care.

Ask practically any UK citizen what it is about being British that makes them feel proud, and doubtless the NHS will be pretty high on their list. But in 2016 Virgin Care sued the NHS after it lost out on an £82m contract to provide children’s health services across Surrey. The matter was settled out of court for an undisclosed sum in 2017.

The phrase “undisclosed sum” can mean only one of two things: it’s surprisingly small, or eye-wateringly large. Given the size of the contract Virgin Care lost out on, I’m going for the former. I’ve seen unconfirmed rumours that it was £2 million. But no matter how large or small it was, it surely could have been better spent being invested in the actual NHS rather than lining Branson’s Union Jack print pockets.

And yet…it paid no corporation tax. This was because it’s parent company – you guessed it, Virgin Care – announced a £19.3m loss for the same period. Mmm-hmm. Sure.

Then, the other day, I turned on my TV to find a Missy Elliott track being used to advertise Virgin Media, and the vein in my forehead started apoplectically pumping with even more outrage than usual.

Let’s claim it back: 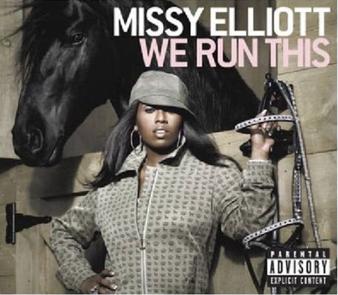 Missy Elliott – We Run This

Branson: you don’t run this, you ruin shit.

And stop wearing that suit, you jingoistic shyster.