When, at the end of January, I first posted about my best friend Llyr’s passing, it attracted many lovely comments.

Something happened last week which reminded me of one them, which JTFL (that’s Johnny the Friendly Lawyer to you and me) had posted: “Oh, man. It really pours.”

For just as I thought my year couldn’t get any shittier, a letter from the letting agency I rent my flat through landed on my doormat.

This is what it said:

“Please find enclosed an official notice confirming that possession will be required at the end of the notice period.”

The notice informed me I had two months in which to find somewhere else to live and, somehow magically, conjure up a deposit/bond for the new place.

I believe the phrase is: Oh. Fuck.

Some background info: last year, after six years of me not exactly complaining about cracks in the walls and ceiling, but certainly mentioning it to the letting agency I rent through, suddenly something happened. The matter was referred to the landlord’s buildings insurers, who did some testing, identified the issue and rectified it.

They now wished to come into my flat, do whatever repairs were required, and then redecorate.

This is quite an unusual situation for a tenant; usually any redecoration happens between tenancies, but here was an insurance company offering to redecorate whilst a tenant was in situ.

Obviously, I wanted to assist, and it was agreed that I would vacate the flat for a short period, roughly two weeks, whilst the works were done. All of my worldly belongings would be placed into storage, and I would be placed in a Travelodge or similar for the duration.

Inconvenient though it was, I was on board with this. To be honest, I was looking forward to an Alan Partridge “Big Plate” kind of scenario.

So I started packing all of my stuff away.

And then I was admitted to hospital, and everything ground to a halt.

As regular readers will know, since my discharge from hospital, I’ve been experiencing pain and loss of strength in my arms, and pain and loss of grip/function in my hands. Investigations into this are ongoing (I had a PET scan this week), but this prevented me from continuing to pack my stuff away.

Over the past couple of weeks, however, I’ve noticed a real improvement. I can open some bottles and jars which I couldn’t before. I have to take fewer painkillers. I’m gradually increasing my hours at work. There’s an upwards trajectory.

What I should have done was notify the letting agents/the landlord of my current condition, but I didn’t.

I understand why it happened: they thought I wasn’t playing ball anymore, so decided the only way to progress matters (and get the insurers to pay for the repairs and redecoration) was to get me out.

A flurry of emails ensued, including one where I explained all that most of you have read on these pages recently about my ill-health, apologising profusely for failing to keep them in the loop.

And then, thankfully, the much-welcomed news came through: the landlord would revoke the repossession notice (not said, but implicit: as long as I played ball with the redecoration stuff).

So, I’m going nowhere (except to the delights of a Travel Tavern, somewhere in my locality, taking my big plate with me).

This song springs to mind:

Girls At Our Best – Getting Nowhere Fast

Which, of course, I only know of because of this cover version:

The Wedding Present – Getting Nowhere Fast

Although this one springs to mind too: 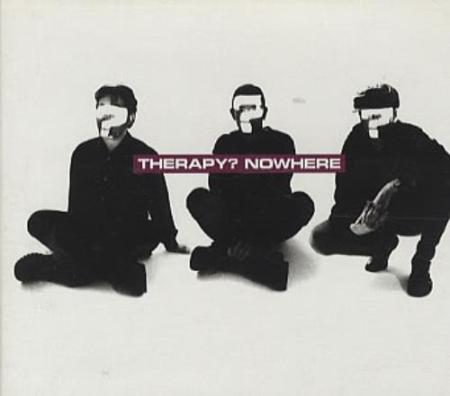 I am, of course, mindful, that had my email appeal not been succesful, then this, absolutely wonderful, long-forgotten song would have been a far more appropriate tune: 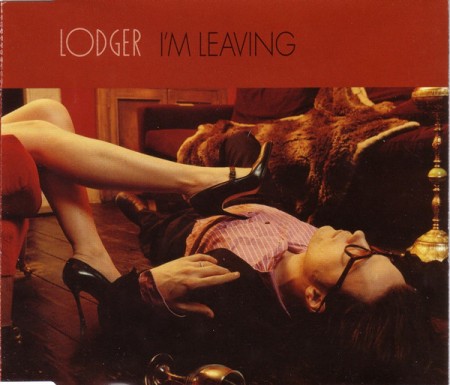 I’ve been trying to find a reason to post that for ages, without tarring it with the Brexit brush. Result!

When I found out that my persuasive skills had prevailed, I called my parents, who were obviously on notice of the situation. My mother seemed unsurprised; when I was growing up she had to deal with many pointless arguments with me, insufferable teenager that I was. Not just a bit like, but a lot like this:

I emailed the insurers on Wednesday, inviting them to call or email me so matters could progress. No reply as of yet.

Regular visitors will recall that a few weeks ago, I took on the responsibility of looking after my brother’s vinyl.

In case you missed it, a brief recap: my brother has been living overseas for the past few years, the majority of his belonging in storage whilst he was away.

Now he’s back, all of his worldy belongings have been retrieved, and since he hasn’t owned a turntable since sometime in the 1990s, he decided he had no use of his vinyl anymore, and that it could go to an appreciative, caring home (i.e. mine.)

He’s quite techy, my brother, so I don’t really envisage him investing in a turn-table anytime soon. I’m not saying his vinyl is now my vinyl but….

The other week, he arrived at my gaff in North London, having driven from our folks house in Northamptonshire, dropped off his vinyl and, to my surprise, his CD collection (which I haven’t even ventured into yet; there’s three crates worth for me to investigate, although a cursory glance picked out a mix CD I’d made him, obviously much appreciated), before we headed off to Staffordshire to his new place, where we dropped off the rest of the stuff he had collected from our parents’, and then it was off to Nottinghamshire to one of those Big Yellow places to collect his tropical fish tanks and an absolute fuck load of gravel.

At the first stop at his new home, one of his new neighbours approached us, proffering a parcel of his which she had signed for. The three of us chatted for a few moments, during which time it came out that he had got rid of his vinyl as part of the move. The neighbour seemed shocked he could let the vinyl go, and we reassured her by telling her I was looking after them.

“Well, at least they’re local if you want them, then,” she said.

Anyway, as no doubt those of you who were aware of my recent receipt of this cache of vinyl loveliness had been expecting, I figured I’d write about some of them. But where to start?

Thumbing through them, I was reminded of both our early obsession with rock music; there’s a lot more Deep Purple than I expected, quite a bit of Led Zeppelin too. Ah,we were all young once.

And then I began to notice the records I remembered him owning but which weren’t there: where were his copies of AC/DC’s Back in Black and For Those About to Rock that I distinctly remember him owning. And his copy of Quo’s 12 Gold Bars? And, considerably less rocky, an album that we’d inexplicably both owned copies of, like (brace yourself) Billy Joel’s An Innocent Man?

And there’s my “in”, I thought. Let’s start off my by looking at the records we had in common.

For there are some, and not just ones which I’ve subsequently bought, which we have in common, and a couple of albums, by the same band, which I don’t remember him owning, but which I definitely did.

That should not be misconstrued as an allegation of theft, by the way.

But very very long term readers may remember that I wrote here about my youthful obsession with the God that is Shakin’ Stevens, and how I grew out of it and into The Police just at the wrong time in terms of Christmas presents being bought.

Weirdly, as we drove north from London to Staffs, our conversation turned to the band in question, as this got played on the radio:

The Police – Spirits in the Material World

It’s a running joke between my brother and I that I’m “in charge of remembering things”. We’re not just talking birthdays and anniversaries, but also people we’ve both known in the past and, on this occasion, that The Police was the first proper gig that he went to. I think he was a little taken aback by the fact that I remembered this.

I remember this not because of The Police, but because of their support band that night (The Alarm), who my brother and his mates came away feeling more excited about than the main act. Shortly afterwards, they all started spiking their hair up, and from there it was but a short step to the World of Goth they all inhabited for the next couple of years (and which he wrote about here), much to the chagrin of the local knuckle-draggers who, when faced with three spikey haired, tight black jeans, flowery shirts and winkle-picker wearing youths, decided that the only thing to do to something new that they didn’t understand was to kick the living shit out of them at every opportunity.

But more of this another time.

A few weeks ago, I featured an album I’d purchased on vinyl shortly before learning I’d be taking ownership of my brother’s stash, and which I suspected would be amongst his collection (it wasn’t). Since I didn’t remember him owning a copy of today’s record, which I’d also recently re-purchased, here’s some other tunes from the same album:

The Police – Every Little Thing She Does is Magic

Look, I know Sting is a twat. But that, my friends, is a fecking great pop song.

The Police – Rehumanize Yourself

The Police – Too Much Information

(Yes, we have Sting to blame for a terrible Stallone/Snipes movie!)

And to round things off, a cover of that last tune; I’d like to say this is the one redeeming feature from the worthy but ghastly Peace Together project from the early 1990s, but I’m not sure that even that platitude is accurate:

More soon. Maybe something interesting, who can tell?