It’s a big day for me today.

I’m off to Wembley Stadium for the first time ever, with my old mate Rich, to see my beloved Spurs play European Champions Real Madrid.

Until the away leg two weeks ago, I had no real hopes at all of us getting anything out of either game, but a frankly heroic draw away from home gives me just the slightest glimmer of hope that tonight may be something special.

At the very least, after tonight I will be able to say that I’ve seen one or all of the following (injuries permitting) play: Ronaldo, Gareth Bale, Dele Alli, Harry Kane.

Two songs whose titles sum up how I feel today. Firstly, an obvious one:

And then, from a much maligned, wrongly so in my opinion, album:

If I go all quiet and moody after tonight, you’ll know why.

A friend of mine, who is a much more successful writer than I (because he’s better at it than I am) recently wrote an article for the Huffington Post (see? Already you know he’s waaay more successful and better than lil ole me pottering away here on my lil ole blog) where he wrote about…well, as the title of this post suggests, songs from that post Madchester, pre-Britpop age, which, if you were to believe most writers, was a time that was awash with shoegazers and floppy fringes on this side of the pond, plaid shirts and grunge greaseball cuts on the other, and not much else.

As we all know, the British shoegaze movement was effectively brought down by the friendly-fire of grunge, which in turn, through a democratic process of negotiation and peaceful protest, was superseded, on these shores anyhow, by Britpop (sorry Brett, Damon, Jarvis: that’s what we’re all calling it.)

But whilst shoegaze and grunge were certainly the musical trends of choice for your self-respecting Indie kid at the time, there was other stuff knocking around which didn’t really fit into either category, which seem to have been lost in the midst of time and which, well, you need to know about. This is the thrust of his article.

Oh go on then, here’s his article: Ten Early 90s Indie Songs That Say It All

All of what I will post in this section would have cropped up anyway at some point, sooner or later, here, but this gives me a little focus.

So, in no particular order: 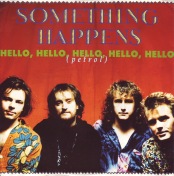 I’m using the Chart Show circa 1990 definition of Indie here, which means I may be stretching the definition of “indie” with this one, but let’s face it, the definition of Indie has been somewhat woolly ever since PWL came on the scene. I’d even extend that to Mute Records too, who I used to begrudge occupying places in the Indie Chart and inevitably being played. Both those labels clogged up what we could have seen at lunchtime on a Saturday around this time, with their Kylie and Erasure pop hits respectively. Grrr.

Anyway, it was via The Chart Show that this song came to my attention, and I still think it’s rather fine. Pop, yes. Terrible haircuts, yes. But still a bloody fine pop tune that gets these old bones a-twitching whenever I hear it, which is of course, whenever I play it, because nobody else ever does. 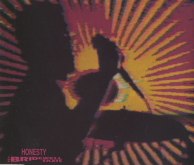 Words cannot describe how much I love this song. When I went home from college, I would try to record or watch a show called “Intermission”. On ITV, at about 3am, and introduced by a news presenter who had clearly pissed somebody off so much that they made him stay up to link this show in, Intermission was a vital crib guide for me as the resident Indie DJ at my Student Union. There were several acts I found through this show, The Bridewell Taxis being one of them. For some reason I thought they were from Bristol, until someone pointed out to me that Bridewell is in Leeds. Ho hum. Geography is not a strong point.

Anyway, “Honesty” is a weird combination of slightly jangly guitars, over a brass band, with a skinhead singing. Sleaford Mods, eat your hearts out.

Actually, I do have some words that describe it: fucking glorious. 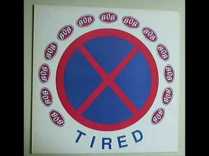 8. “Tired” – BOB. A record so obscure, even the internet seems to deny it’s existence. Ok, it’s formulaic. Ok, it’s Madchester bandwagon-jumping. But it’s not that different to Mock Turtles “Can U Dig It”, now is it? And I bet you like that. Suck it up.

There is no video to watch here.

7. “Remember What It Is That You Love” – The Family Cat

Obviously, had it come out in the 90s I’d have picked their Tom Verlaine single, but since I’m prevented from picking from that, hoisted by my own petard, I offer you this little gem from 1990.

The Family Cat are truly one of the great lost indie bands, and also one of the unluckiest, financially. I saw them play in Cardiff Uni Great Hall around this time and their merchandise was their logo, a play on the fact it was a UK tour by the Family Cat, so the letters FCUK were prominent. Does that look familiar to anyone? Yes indeed: nobody thought to trademark that, so French Connection steamed in and stole it (sorry, I mean came up with the original concept of using it) for their FC:UK range. Bugger.

This song also has a special meaning for me, as we used to do a cover of it in the band I was in at college, but more of that at a later date.

6. “Which Way Should I Jump?” – The Milltown Brothers

If ever a band flirted with the idea of being properly famous, in a “sounds a bit like R.E.M.” kinda way, it was this lot. Live, they were a very tight prospect, and I won’t bang on too much about them here now because I have a couple of stories to tell in my normal thread. But suffice it to say, their “Slinky” album is an absolute blinder, and if you ever happen to be nosing through a second hand store and spot it, grab it. As you can tell from this track, it’s accomplished and fully rounded pop at its best.

If ever a band flirted with the idea of being properly famous, in a “sounds a bit like The Wonder Stuff” kinda way, it was this lot. Probably not helped by the fact they had a lead singer called “Loz” who looked like just the kind of speccy twat student that Paul Calf was railing against at the time. Kingmaker were once touted as the next big thing, but it never really happened for them, although they had their 15 minutes of fame via their Top 20 hit “10 Years Asleep“, which you remember, right?

And since I’ve mentioned The Stuffies, here they are in person. By 1993, their 15 minutes were up. They were a much misconstrued bunch, the Stuffies. They found fame, finally, via “Size of a Cow” and that “Dizzy” allegiance with Vic & Bob, and as a result they were wrongly viewed as a novelty band, or a new Nutty Boys. Think the public perception of The Darkness, without the obviously innuendo-laden Christmas hit, and you get the idea. Miles’s choice of chequered suit probably didn’t help. Their post fame album, “Construction for the Modern Idiot” is a favourite of mine, intriguing in much the same way as Pulp’s “This is Hardcore” album does. This is the sound of a band enjoying the spotlight of fame, but recoiling from it at the same time.

And as with Pulp several years later, there’s a change in sound. Gone are the oh-so-clever titles, (almost) gone is the fiddly-folk feel, the violins now supplementing rather than driving their sound.  It seems that they had it all, and found that after all those years of trying, they didn’t want what they got. This is one angry band, who reached the heights of fame and fortune and found it distasteful, bitter to the touch. 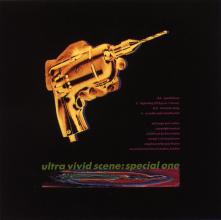 Let’s be honest, Kim Deal was every Indie Kid’s favourite four tissue fantasy. Much as we all loved the Pixies, there isn’t one guy who loved them that doesn’t wish her vocals featured just a little more than they did. So to have her pop up on this jingly-jangly left over from 1990 was manna from the heavens. Up until this, Ultra Vivid Scene were just another 4AD band ploughing a lonely furrow. But this totally gorgeous tune still gives me goose-bumps 25 years later (Jesus, I’m old….)

If ever there was an example of a band not missing the boat, but turning up for the boat too early and then going home again because the boat wasn’t ready, it’s this. This came out in 1993; had they popped it out in 1996, when Euro 96 was gripping the country, then this would have been a sure-fire Top 10’er. As it is, they languish not so much in the “Where Are They Now?” pile, as the “Sorry, who??” pile. 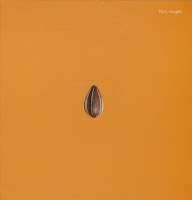 Okay, so their name has an added significance after the events of the other week, and it could be argued that this record sits firmly in the Madchester camp, but it’s definitely a lost classic, and even though this list hasn’t been in any kind of order, if it was, then this would be Number 1.

I used to have an mp3 of John Peel announcing this in his Festive Fifty, explaining how his son would be very happy it had made it, and if I still had that mp3, I’d post it now. No greater sun shines into your life then when you hear Peelie espousing about a record. And knowing his son is 6Music’s Tom Ravenscroft makes you feel that with all of the horrors going on in the world, everything will be okay, cos Peelie’s still watching over us.

Anyway, what can I say about this record that you don’t already know? Nothing: it’s the most perfect almalgamation of indie pop and indie dance ever committed to vinyl, and they should have had the commercial success that bands like, say, oh I don’t know, The Soup Dragons had.

But no. While The Soup Dragons hit the Top 2 with their godawful cover of what was a perfectly average Stones record in the first place, this wonderful, wonderful record only grazed the dizzy heights of number 55. Justice? Pah.