I can fully appreciate that regular readers may be waiting for two things to happen on these pages soon:

Fear not, both of these things will happen soon(ish).

In the meantime, something a little different, something relentlessly cheery to get us in the UK through the next six weeks or so (assuming the world lasts that long, of course).

During a recent recurrence of the illness I was struck down by a few weeks ago, I found myself scouring the BBC iPlayer for radio shows to lay in bed and listen to, and alighted upon “Alex Horne presents The Horne Section”.

You’ll know who Alex Horne is if you regularly watch Channel 4’s “8 Out of 10 Cats Does Countdown”, where he has appeared a few times in Dictionary Corner, or Dave’s “Taskmaster” on which he appears every week, acting as the foil to Greg Davies’ eponymous host, and as the referee to the ridiculous and pointless tasks set for the celebrity contestants to complete. There’s a new series starting shortly; if you’ve never seen it before (and even if you have seen it, for that matter) I would heartily recommend it .

Anyway, on this particular edition of  “Alex Horne presents The Horne Section” the guest was Danny Baker, another person who I admire greatly. If you’ve not read either of his autobiographies, you should give them a go, for they paint an extraordinary portrait of his youth in 1970s South London (turned into BBC sitcom “Cradle to Grave”, which was so good it coaxed Squeeze to reform to provide the theme tune), through getting a job in a record store frequented by Elton John (amongst others) to finding himself at the forefront of the punk DIY fanzine scene, and from there to his time as a journalist at the NME and ultimately on to the TV and radio personality he is nowadays.

Now Danny knows his music, but he’s not the sort of person I would necessarily expect to turn up on a radio show and sing, and make rather a good fist of it too, as it happens.

Which is probably due to his choice of song. Danny is renowned for his speed of tongue, and in his introduction to his selected song, he professes a love for songs which have a word for every syllable, and in particular certain songs from certain musicals.

Now this is where ordinarily our tastes would differ; I’ve never really been much of a fan of musicals, unable to suspend my disbelief to the extent that I can accept that a whole street would simultaneously start singing the same song whilst performing spontaneous, yet impeccably choreographed, dance routines.

Of course, take some songs out of the context of the musical and they can, and many do, stand alone. But today’s two selections – one, the songs chosen by Baker, the other by me – are superlative examples of songs from musicals which rattle along, twisting tongues and leaving you gasping for breath. Both are songs I remember from my youth, songs I grappled with the lyrical complexities and velocity of delivery.

First, Baker’s choice, from “Half a Sixpence” and performed by Tommy Steele: 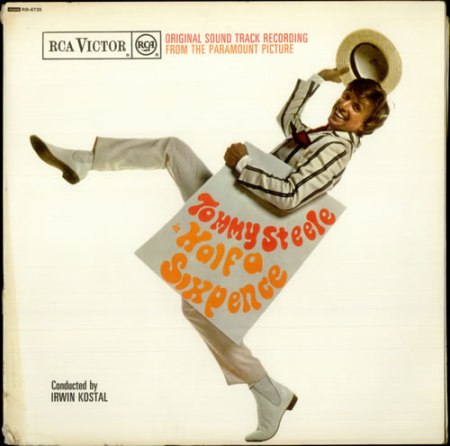 And here, just to illustrate my point about the dancing, is  the (considerably longer) version from the film:

Now, I’ve never seen “Half a Sixpence”, but I have seen the musical the next film is from, many, many times; in fact I own a copy of it on DVD somewhere.

Moreover, when I was a young ‘un, we had a copy of the title track from the film on a 7″ single in the house – I assume bought to pacify either me or my brother at some point.

But it was the song on the B-Side which I was drawn to, and used to play, and attempt to sing a long to, incessantly: 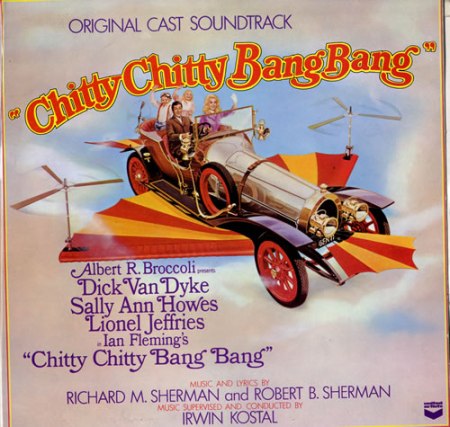 Oh, go on then, here’s the visuals too:

Given that Van Dyke is supposedly masquerading in this dance troupe to escape the attention of Arthur Mullard, whose hair he has just burnt off, he does manage to pick it all up – and take centre stage (why isn’t the leading man he has presumably ousted obviously trying to wrestle the limelight back?) – with remarkable ease…