So, as I mentioned last week, I spent the majority of Sunday in an increasingly wet and muddy Victoria Park attending Field Day.

Consensus amongst my group was that we’d rather catch The Avalanches and Air in the relocated Return of the Rural tent than any of the other headliners – and, yes, that included PJ Harvey, sacrilege, I know – but in terms of staying dry and relatively mud-free it was a pretty smart move.

Oh and because of the music too, of course.

We arrived just at the tent just as The Temper Trap were finishing, which just happened to coincide with quite the downpour, so we happily ventured inside, where the resident DJs were whipping the crowd up into a pre-Avalanches frenzy by dropping this little beauty: 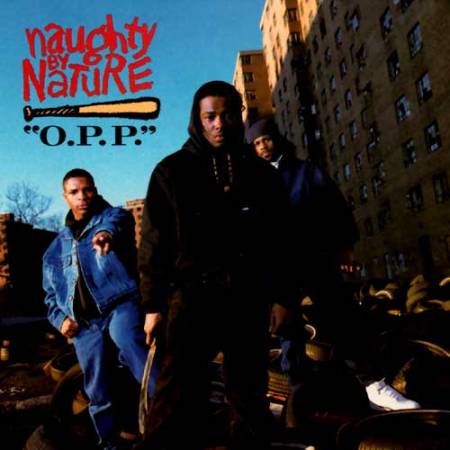 Now I’m not going to pretend that I was particularly fond of rap or hip hop when it first reached these shores – the Beastie Boys was about as far as my taste stretched – and O.P.P. was not a song that even crossed my radar until some 10 years or so after it was released in 1991. In fact, it’s probably one of the records that is responsible for me revisiting all of those classic tunes and realising I would totally have to re-evaluate my position.

And yes, to those who know me, that does mean having to admit I was wrong. It does happen.

Hearing it again last week was a joy, in particular watching lots of people of around about my age trying to bust the same moves they used to roll out when this first came out, with varying degrees of success, I think it’s fair to say.

Me? I have no moves.

Of course, O.P.P. features a sample of this early 70s classic:

Which got me thinking: song titles with abbreviations, acronyms or just letters (but not words) – there’s got to be a few of them, right?

Right! Yup, belt yourself in folks, it’s theme time again here on a Friday night, and I promise everyone of these is a belter. Which means no “YMCA”, obviously.

No list of abbreviation titles would be complete without this next one, though: 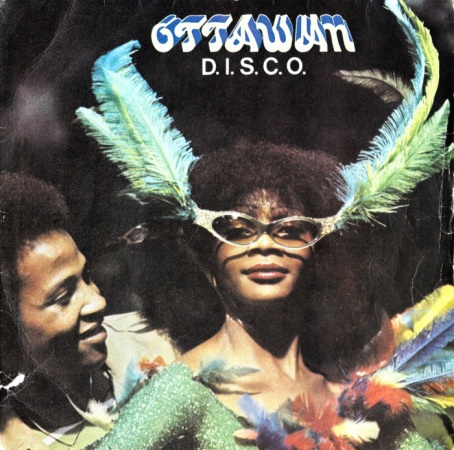 I believe Dame Edna Everage got her specs back eventually.

Somewhere in the darkest, most ill-informed recesses of my brain, I had stored the information that they were called Ottawan because they were from Ottawa, Canada. Nope. French, apparently. Not even French-Canadian. Just French. With a bit of what Wikipedia rather vaguely refers to as “Caribbean” thrown into the mix. Ah well, you’re never too old to learn, eh?

Keeping things on a disco-y vibe, here’s some Philly soul:

297. MFSB featuring The Three Degrees – TSOP (The Sound Of Philadelphia)

Now that’s value for money: not just one set of abbreviations, but two. As you can see, TSOP stands for The Sound of Philadelphia, whilst the MFSB stands for…ermm…well, let’s just say the clean version is “Mother Father Sister Brother”, whilst the considerably less clean version has at least one of those changed for something altogether fruitier.

And yes, that really is The Three Degrees, they of “When Will I See You Again” fame, and one time favourite band of Prince Charles. Like that’s a recommendation.

Now it’s not often that I post two songs by the same artist in the same thread, and I’m not about to start now, but this does come awfully close.

In 1982, Michael Jackson released his “Thriller” album. You don’t need me to tell you what a massive album that was, I assume? Thought not. It was accompanied by what seemed to be a never-ending stream of singles from it. “Thriller” contained 9 tracks. 7 of them were released as singles. Unbelievably, “Thriller” itself was the last of them, presumably because the video took so long to do. The next track was the 6th:

Thanks for clarifying what the “PYT” referred to for us there, Michael.

Although, given the allegations which dogged his adult life, I don’t think he really needed to, did he? I mean, the signs were there for us all to see when you think about it. He looks like he’s growling in that cover shot, leaning out the window of a Ford Cortina, Bubbles the monkey strapped in the passenger seat, a bag of tempting sweeties just out of shot.

Have they gone? Right, let’s carry on.

Something bordering on contemporary now: a record that’s only ten years old, which is about as recent as I get round these parts.

Heavily sampling Soft Cell’s version of “Tainted Love” (more about that over the weekend), the song was originally intended for Def Jam label-mate Christina Milian for her third solo album “So Amazin'”, but she turned it down and it was given to Rihanna instead. “SOS” went on to become Rihanna’s first US number one single, whilst Milian’s album absolutely tanked and she was dropped by the label. Them’s the breaks.

And so to the 300th song in this thread, and I can’t think of a better song to inhabit this position (well, I can, but it’d probably be a Quo one and you’d all moan) than this:

You have to love Mr C’s rapping interlude’s, don’t you? Altogether now: “Love Sex Intelligence…coming on like a seventh sense!” 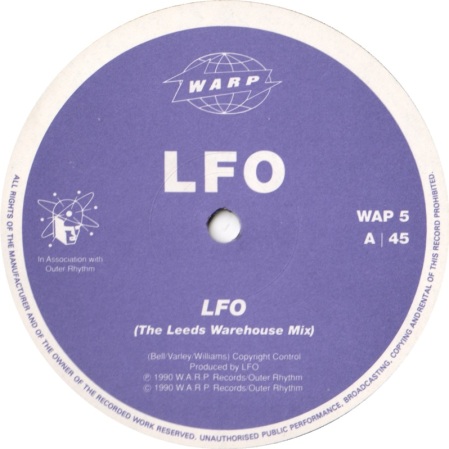 In case you’re interested, LFO stands for Low-Frequency Oscillator, a function on what used to be called synthesizers, but now are just called keyboards.

And now, as they say, for something completely different, and to a song which I have been thinking about posting in my “Same Title, Different Song” thread, along with one by Monty Python’s Flying Circus:

I own far too few Shonen Knife songs; I posted their fab “Space Christmas” song about six months ago here (just before Christmas, funnily enough), and own this, and their wonderful cover version of The Carpenters’ “Top of the World” (which I’ll get round to posting sooner or later), and that seems to be about it. I thought I had more than that. But every time I hear something by them, I have a smile on my face. Mental note to self: buy more Shonen Knife.

Ok, time to get loud. Here’s the Manic Street Preachers: 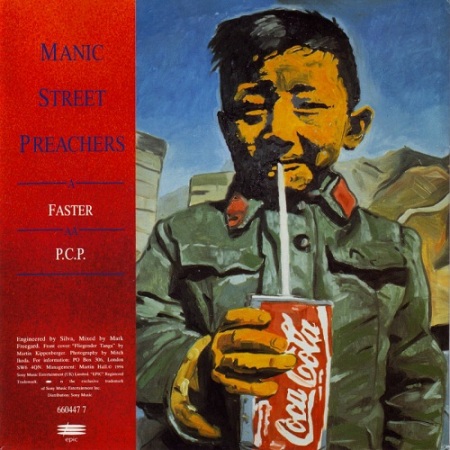 Lifted from their seminal 1994 “The Holy Bible” album, and released as a Double A side along with “Faster”, the boys caused quite the stir when they appeared on Top of the Pops, dressed like this:

Perhaps unsurprisingly, the military regalia, and in particular lead singer James Dean Bradfield’s balaclava, were construed by many as a show of support for the IRA, and the BBC received 25,000 complaints, which seems a suspiciously round figure to me.

If any of you are disturbed by Bradfield’s attire, I can temper that somewhat: he came into Boots the Chemist in Cardiff when I worked there, and asked me to show him where the Athlete’s Foot powder was kept. Pop stars, see? They’re just like you and I. Except with icky fungal foot conditions.

Two to go for tonight. Penultimately, some Blur.

By 1997, the Britpop war between Blur and Oasis was over, and few could argue that from a commercial perspective, Oasis had won. Yes, Blur’s “Country House” had beaten Oasis’ “Roll With It” to the Number One slot in the singles, but “The Great Escape” album – though it had its moments – paled in comparison to its predecessor “Parklife” and racked up sales of 2.54 million worldwide. Oasis’ “(What’s The Story) Morning Glory”, on the other hand, managed 22.4 million. I love Blur, but that’s fairly comprehensive.

So the band went off, regrouped and rethought things. What they came back with, the eponymous “Blur” album, from memory, surprised, shocked, delighted and just plain pissed off fans in equal measure. Gone were the upbeat chirpy cockney numbers, in came a more lo-fi, stripped down sound (see: “Beetlebum“) tempered by the occasional blast of sonic noise terror and whooping (see: “Song 2“).

And so finally, since we’ve mentioned Britpop, to a track from, to my mind, the greatest album from that brief period; to a title that takes abbreviations to a whole new level, and a song which displays classic Jarvis witticisms, slow burn atmospherics which would become more prevalent on their follow-up album “This Is Hardcore”, building to a crescendo which is just, well, Pulp: