Sometimes, knowing that there are those who read this who know far more about Country music than I, I struggle to think of a decent tune to pick to play here. And sometimes, one just falls into my lap.

Last night, I was out with friends to celebrate my mate Neil’s 40th birthday. We met for cocktails in Central London, then headed over to Denmark Street in Soho for some frankly wonderful Thai food at The Smoking Goat.

As I was walking from the tube to meet them, my on-shuffle iPod decided to give me The Pogues’ “Rainy Night in Soho” to listen to; I love those serendipitous moments when your mp3 player of choice decides to give you something absolutely perfect for the moment. I knew right then that the night was going to be a good one.

Actually, I knew long before that: Neil is a bit of gastro connoisseur, so when he says the food or drink at a place is good, then I’m always more than happy to accept that recommendation. And he is never wrong.

Anyway, the food was just incredible, the staff lovely and friendly, our waitress simply unflappable, and the music…was perplexing me for a while. It was a very busy restaurant, so I couldn’t really hear it, but I was pretty sure I’d heard “I Wanna Be Your Dog” by the Stooges getting played.

The night wore on, the place emptied, I could hear the music better, and my suspicions were confirmed: we were indeed being treated to The Stooges album. That ended, I wasn’t really paying attention to what came on next, before someone said “What’s this playing now? I really like this.”

I cocked an ear. I could hear a bit of guitar, maybe a violin, but no vocal.

“Why don’t you Shazam it?” I suggested. I’m going to assume you know what that means, if not please ask.

“Good idea,” she said, reaching for her handbag to retrieve her phone.

The unflappable waitress had heard us. “I’ll go get the album sleeve for you if you like?”

“That’d be great,” I said (the words “album sleeve” had piqued my interest), and whilst she disappeared to get it, a conversation began about a quiz night someone knows where you have to race against Shazam to identify a song.

At which point, I caught a bit of vocal.

“Sounds like Gram Parsons to me,” I offered. Ten seconds later, the waitress appeared clutching the vinyl sleeve of “Grievous Angel”.

And this was the song: 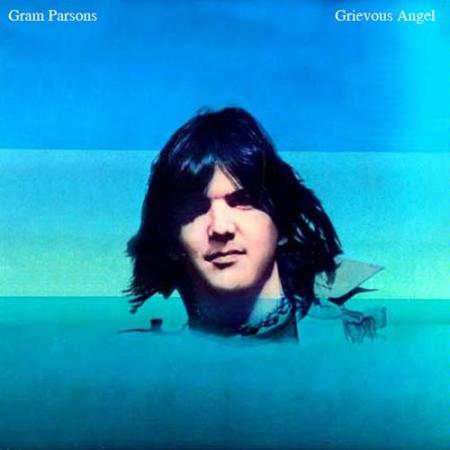 A few minutes later, my mate Ian caught me grinning.

“You’re still pretty pleased about getting that right, aren’t you?” he laughed.

And here I am, three hours later, writing this, still fucking delighted, because now I can listen to it properly.

A couple of weeks ago, I posted Linda Ronstadt’s version of “Different Drum”, which prompted Rol to comment on how he had (sort of) come to know the song through The Lemonheads version.

Which reminded me of another song I first heard because of the same band, a tune they covered on their 1990 album “Lovey”.

This one, by the late, great, Gram Parsons:

400 up. A good, if brief one. Mission accomplished.