So, it’s over. The great Welsh adventure into Euro 2016 finally came to an end on Wednesday night when a rather fortuitous Portugal managed to put two absolute shinners past the mighty Dragons.

As promised last week, in their honour, this week’s Clwb Cerdd Nos Wener (Welsh for Friday Night Music Club, and this has been checked and verified by a Welsh speaking friend of mine) focuses on musical acts who have come from the Land of Song. Some are obvious, some less so. And there’s a lot to get through, so forgive me if I crack right on.

But first, a disclaimer: many of you will be familiar with The Robster’s very wonderful blog “Is This The Life?“, in which case you’ll also be familiar with his Welsh Wednesday thread. Inevitably, some of the same acts will pop up in this piece as have done over at his place, but where they do, I’ve tried to pick a different song. As I write this, The Robster is on post #94 – or #95 if you count his honouring of the Welsh football team late on Wednesday night – so if you hear anything you like in my post, then I’d recommend you pay him a visit for an absolute feast of all things Valley, like.

Right, let’s start by getting one of the big hitters out of the way. You all know who the Manic Street Preachers are, will be aware of their sad history and triumphant return, and that their single “Together Stronger” was the soundtrack to the Welsh campaign. So here’s something which I would offer to my dear friends who are heartbroken following Wales exit from the tournament:

Manic Street Preachers – So Why So Sad (Avalanches Mix)

Don’t be sad. Cherish this. Lawd knows you’ve waited long enough. And you don’t know when it’s going to come around again. Although I suspect you won’t have such a long wait until the next time.

Here’s some Welsh language shenanigans to sort the Daffyds from the Dilwyns: a cover version especially recorded, I believe, for BBC Radio Cymru which I don’t think has been formally released (hence the absence of a proper sleeve): 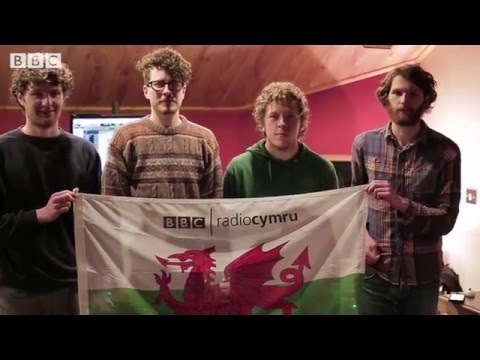 “Rhedeg i Paris” translates to mean “Run to Paris”, which seems an appropriate enough reason for them to cover it, what with the Euros being held in France and the final in Paris and everything.

The original of “Rhedeg i Paris” was by a Welsh punk rock band called Anhrefn (or sometimes Yr Anhrefn) which means “Disorder”, who hailed from Bangor, North Wales and who formed in 1982 and lasted until 1995.

(Last of the translations for you tonight: Dim Heddwch means No Peace)

Anhrefn were championed by John Peel, supported Joe Strummer on the Rock Against The Rich tour in 1988, and at one time had Super Furry Animals drummer Dafydd Ieuan amongst their ranks, but I’m sure they would agree the absolute pinnacle of their career came in 1992 when the Social Secretary at the Polytechnic of Wales insisted that St David’s Day be marked appropriately and put on a night of Welsh language acts, with Anhrefn top of the bill, and with a DJ playing nothing but Welsh records in between the acts. If I may misquote Max Boyce for a moment: I know, for I was that Social Secretary.

Years later, when I was in The Halfway pub in Pontcanna, Cardiff, I was approached by a very smiley chap who I half recognised, and he asked me what my name was. I told him, and he asked if I was the person responsible for said event all those years before. I conceded that I was, and he proceeded to buy me a pint and thank me; he was a proud Welsh-speaker, and was very dismayed at the scarcity of Welsh language entertainment around at the time, so had always treasured that night. Which made me feel quite proud, I must say.

Slightly better reaction than I got from the two girls in the Tut and Shive pub (RIP) in Cardiff who recognised me as “that wanker who booked Frank Sidebottom and wouldn’t give us our money back”, but you can’t win them all, I suppose.

Since I’ve mentioned Super Furry Animals, here’s one of there’s, a live favourite, and the B-side to 1997’s “Hermann Loves Pauline”:

Back in time now to 1969, and a band who recorded several albums for The Beatles’ Apple label, and chalked up four Top 10 hits in the UK, including this one, which was written and produced by some chap called Paul McCartney. I wonder whatever happened to him?

The band’s name was a reference to “Bad Finger Boogie”, which was an early working title of Lennon & McCartney’s “With a Little Help From My Friends”, so called because Lennon had, according to legend, hurt his forefinger and only had one finger to play instruments with on the original demos (what happened to all of the rest of his fingers remains unclear) – although George Harrison would later claim that they were actually named after a stripper that the Beatles had known during their stint in Hamburg, who was called Helga Fabdinger. Hmmm. You decide, dear reader.

Perhaps Badfinger are best known, however, as being the creative force behind Harry Nilsson’s tear-jerking mega-smash “Without You”. The song, which was actually the amalgamation of two songs, the verses penned by Pete Ham and the chorus by Tommy Evans, won them the Ivor Novello (also Welsh) “Song of the Year” award in 1972.

The success of the song, and the subsequent arguments within the band over the royalties the song attracted, not only tore the band apart, but also led to the suicide of Evans in 1982.

Time for something more cheerful, I think, and to a man without whom no post about Welsh artistes would be complete:

I’ve started to get the hang of watching major events whilst interacting on Twitter now – Eurovision this year was hilarious – and Tom was featured in one of my favourite Tweets from Wednesday night, courtesy of London Lee, who many of you will know from his excellent “Crying All The Way To The Chip Shop” blog who posted this:

See? We don’t just restrict our fun and japes to our blogs, you know.

Link ahoy! Yes, one of Tom’s finest moments was “Green Green Grass of Home”, which leads me nicely on to my next record, which I was going to play in my “Same Title, Different Song” thread until I realised that there’s no “…of Home” in the title of the version on the “Songs of Ignorance” album , which I own, although there was on an earlier version of the song, which I don’t:

Main Murry man Matthew and I have a few mutual friends, and we once spent a hugely enjoyable evening – right before Murry the Hump were due to play the Barfly in Cardiff for what I think was their last ever gig – playing drinking games and getting right royally trashed in The Rummer Tavern in Cardiff (You’re getting a right little tour of my favourite drinking dens in The Diff tonight, aren’t you?). It didn’t seem to stop them playing a blisteringly brilliant set afterwards, mind.

If you like that, I can thoroughly recommend the whole album; each song is a little diamond, just as catchy as “Green Green Grass” and with witty lyrics to die for. Matthew is now in The Keys (note: not The Black Keys), who I’ll probably feature on these pages sooner or later.

Now, some might say that Welsh fashion leaves a lot to be desired. Not me, you understand. Some people. Those other people. So here to dispel that myth are 1980s fashion gurus and ozone layer botherers The Alarm: 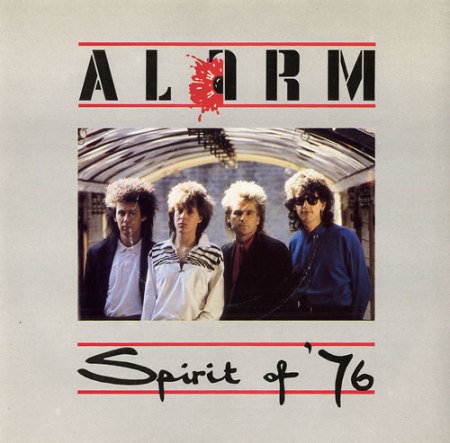 When I was a kid, The Alarm were almost exclusively liked by lads who also listed U2, Simple Minds and Big Country as their favourite bands; stadium rockers, all rousing choruses and fists punched in the air. Bar the occasional song which is the exception that proves the rule, I’m not a fan of any of those other three acts, but I do have to admit to having a bit of a soft spot for Mike Peters and the boys, that song in particular.

Something a little more contemporary now, although the sound is like Belle & Sebastian playing Northern Soul,  and the title echoes back to a certain Northern Soul classic by Frank Wilson that I once had played for me on 6Music (at my own request, I should add):

Okay, last one for this week, and I’m going to wrap things up with five words which would normally, understandably, compel many of you to say “Naww, you’re alright, you can stop now if you like”.

Those five words are: Here’s one by the Stereophonics.

Now. I agree that Stereophonics are a fairly dire bunch, but I have to admit to having greatly enjoyed their debut album, “Word Gets Around”, when it first came out. The sound was the same, bar-room rock drudge they peddle to this day, albeit slightly, but not much, rougher round the edges, and with far fewer dreadful ballads, but it was the lyrical quality that struck me most about that album, many of the songs providing little vignettes, stories about real people from the towns and villages the band members hailed from.

But then they went and got famous and started writing guff about how hard it is being on tour (“Have a Nice Day”) or how much the music press hate them and how unfair that is (“Mr Writer”), and that little spark of promise was gone.

Truth be told, it had been almost entirely extinguished by the time the second album, “Performance and Cocktails” came out – with the exception of one song on said album, which is an absolute belter.

So I give you the last decent record Stereophonics ever made: 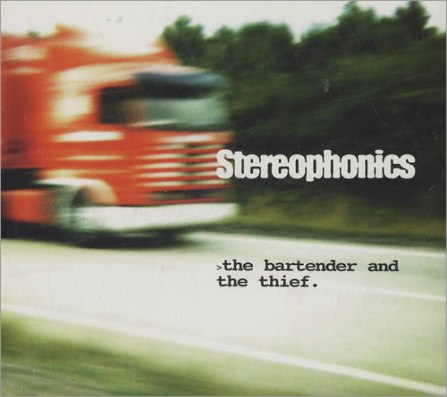 325. Stereophonics – The Bartender and The Thief

That’s all for this week; I’ll be back with the second (and final) ten \9poddibly eleven or twelve) in my homage to the Welsh football team and to Welsh music next week.

Oh and just in case you’re wondering what the “Hot Dogs For Tea” in the title of this post refers to, it’s this: