People who know me will take what I am about to write as further proof of what an argumentative sod I am.

The truth is, I quite enjoy pressing people on opinions they hold, sometimes deliberately taking an opposing stance, even if I agree with them, to see if they have really thought through what they are saying.

Usually I will preface this by saying “Playing Devil’s Advocate for a moment…” so they know that’s what I’m doing, but often I won’t bother, as it’s much more fun to see if they really think I hold the extreme view I am about to propose. The most I’ll do is proffer is a knowing wink or smile to anyone else involved in the conversation, so they know I’m playing.

The downside of this is that often it’s misconstrued as me being a cantankerous old bastard.

A friend once said to me: “The trouble with you is that you think you’re always right.” My response: “What, and you don’t? Gosh that’s sad. Tell me, how does it feel to be so crippled with self-doubt that you enter into a debate thinking “I’m probably wrong about this”…?” I won that one, too. I think.

Anyway, for a while I was scrabbling around trying to think of songs that would fit into this thread.

For first timers here: to compliment my series about different songs with the same title, here I post a song where only one song exists which has a unique title. As far as I know. I’ve been proved wrong once before (See? I can admit it!!), and this is only the fourth post I’ve done in this series. So y’know, not a great strike record. S’all up for grabs.

But then I suddenly realised that the answer had been staring me in the face: my favourite band – the greatest band in the history of great bands (not, not Quo this time) – had a whole host of songs that fit very nicely here.

So expect to hear a lot more from this lot:

The Smiths – Some Girls Are Bigger Than Others

I had…not exactly an argument, more a heated discussion…with someone at a sort of house party once about this record. I say “sort of”, it was essentially the host, his girlfriend, and about 7 blokes and me sitting in their living room, drinking, chatting and playing records. “Some Girls Are Bigger Than Others” came on.

To prove my point, I directed her to the live version of the song, included on the 12″and cass-single release of “I Started Something I Couldn’t Finish” which, recorded at The Smiths last ever gig (Brixton Academy, 12/12/86), includes an extra verse that explains all.

There wasn’t a copy of said release in the flat, so we both left grumpy that we hadn’t manage to victoriously put that heated discussion to bed. (It should be noted that this happened a) in the days when I would defend Morrissey for pretty much anything he did or said, a position which has waned somewhat over the years, and b) in the days before the internet when someone could have just, y’know, checked.) 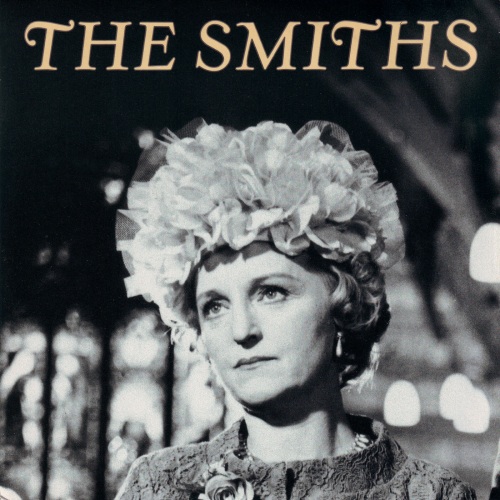 The Smiths – Some Girls Are Bigger Than Others (Live)

Oh, and in case you’re wondering where you know the phrase “Send me the pillow you dream on” from, it’s from here:

Hank Locklin – Send Me The Pillow You Dream On