Evening all. Hope you’ve all had a decent week since I last graced these pages with anything new for you to chow down on. It’s Friday Night and that can only mean one thing: it’s time for the latest additions to the Music Club canon.

And this week, we’re going a bit country. Well actually, quite a lot country.

No wait, come back!

It’s not all ten gallon hats and Republican rednecks, I promise! That’s Country and Western, and we are most definitely not going Western tonight.

So saddle up (doh!), stick around, and you never know, you might learn – or even like – something.

First up, and to carry on where I left it last week, a song by The Fall. Well, almost. A song which The Fall released as an extra track on the UK CD version of their 1991 album “Shift-Work”.

The song was written by J.P. Richardson, who is perhaps better known as The Big Bopper, and perhaps even better known for having died in the same plane crash as claimed the lives of Buddy Holly and Richie Valens – the infamous “day the music died” Don McLean wrote about in “American Pie”.

Alas, Richardson didn’t have chance to record it before his untimely death, leaving the late great George Jones to record this rollickingly definitive version: 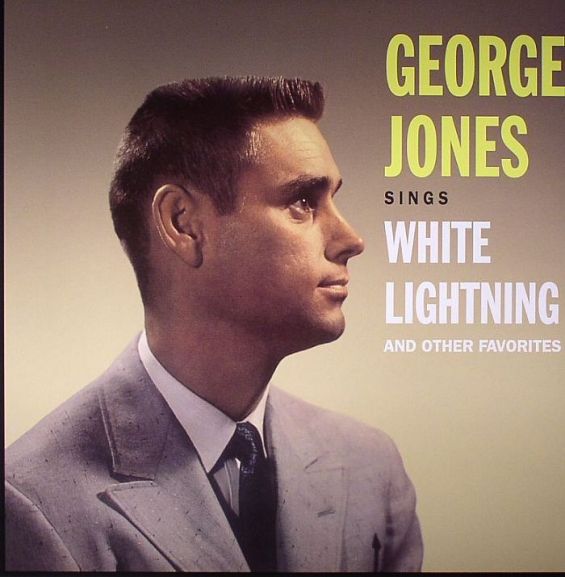 George of course is renowned for two things: being married to Queen of Country Tammy Wynette, and having a drink problem that makes it a minor miracle he lasted until he reached the grand old age of 81. The latter makes his choice to cover this record – a tale of family-produced moonshine – rather unsurprising.

Two examples to illustrate how much George liked a tipple: when he turned up at the studio to record White Lightning, he was so bladdered he needed around 80 attempts to get it right. The bass player, Buddy Killen was rumoured to have so many blisters on his fingers from playing it so many times, he not only threatened to quit the recording session, but also threatened George with a bit of ABH. When the session producer ultimately chose the first cut they had done that day to release, I’m sure he saw the funny side though.

The second example is one that has gone down in country music folklore. Here, then, from his aptly-titled autobiography “I Lived To Tell It All”, in his own words:

“Once, when I had been drunk for several days, Shirley [his second wife] decided she would make it physically impossible for me to buy liquor. I lived about eight miles from Beaumont and the nearest liquor store. She knew I wouldn’t walk that far to get booze, so she hid the keys to every car we owned and left.

But she forgot about the lawn mower. I can vaguely remember my anger at not being able to find keys to anything that moved and looking longingly out a window at a light that shone over our property. There, gleaming in the glow, was that ten-horsepower rotary engine under a seat; a key glistening in the ignition.

I imagine the top speed for that old mower was five miles per hour. It might have taken an hour and a half or more for me to get to the liquor store, but get there I did.”

You will notice that booze plays quite a part in a few of tonight’s choice. Before we go any further though, I owe you one Fall song, so here’s their version (and unofficial video):

Moving on, another country legend who I’ve waxed lyrical about on these pages before, and another artist who, I think it’s fair to say has battled a few of his own demons in his time: 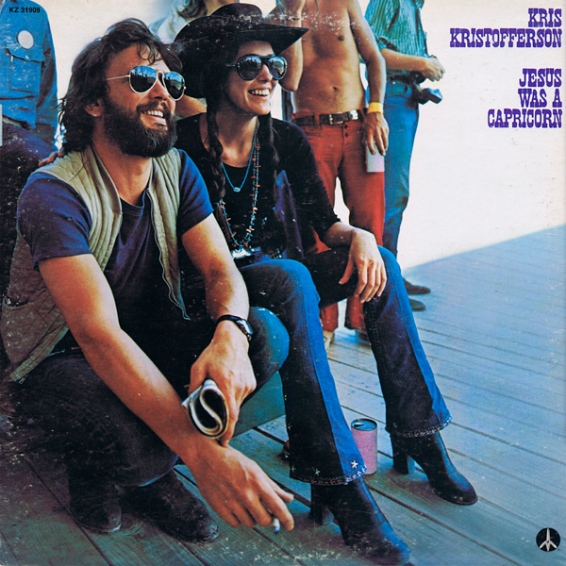 98. Kris Kristofferson – Out of Mind, Out of Sight

As I’ve mentioned before, I was brought up listening to Kristofferson, and whilst he has continued recording, railing against the authorities and touring right up to the present day (I was gutted to be too slow to manage to grab a ticket for his recent gig at the Union Chapel in Islington, but did manage to catch about half of one of his gigs in Bristol a few years back – I’ll explain why some other time), for me his real purple patch was from 1970 – 1972. If you’re curious to dig a little deeper (though they will be featured at some point in these pages if you want to stick around), or if you like the kind of alt-country that folks like Wilco or Ryan Adams produce, then I can heartily recommend 1970’s “Kristofferson” (which was re-released in 1971 under the title “Me and Bobby McGee” after Janis Joplin had released her simply stunning version of said song), 1971’s “The Silver Tongued Devil and I” and 1972’s “Jesus Was A Capricorn”, each displaying his flawless ear for a tune.

Now, just to prove that country music ain’t just about boys and their booze, here’s Michelle Shocked from her sophomore album “Short Sharp Shocked”, with a tale about Saturday night drinking and the rush to get to the local liquor store before it closed (presumably not on a lawn-mower): 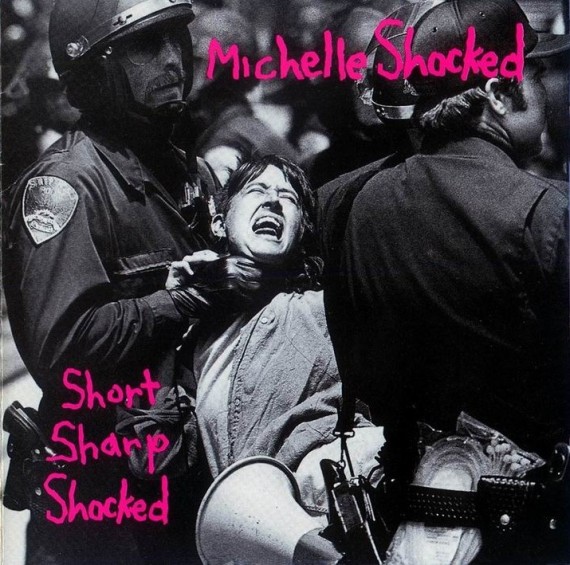 As I mentioned last time Michelle’s name came up on the pages, she seems to have developed some rather questionable views on gay and lesbian issues which I’m not going to give time to here, partly because I don’t think I agree with her views which seem rather unclear at best, but partly because if I do I’d have to mention Piers Morgan, and we all know the only thing worse than having questionable views on gay and lesbian issues is being Piers Morgan, so I’ll leave it there. If you’d like to read more though, you can do here.

So, having established booze is playing a large part in tonight’s Yee-Hawing, we may as well expand that to include the other thing on your bona fide country star’s list of forbidden fruits. So here, for the none-more-country-named Broken Family Band: 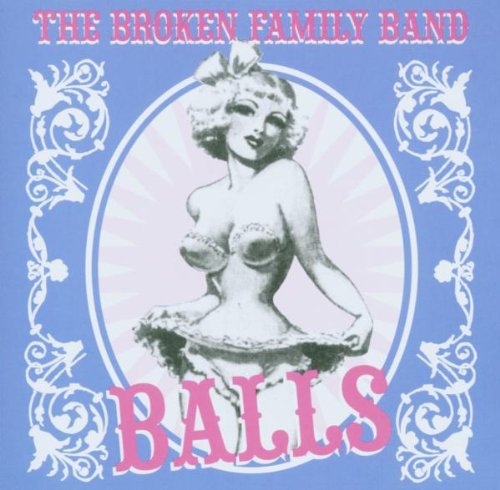 100. The Broken Family Band – The Booze And The Drugs

It seems apt that a song about booze and drugs, two things which will feature fairly large in my A History of Dubious Taste thread, should be the 100th record here.

Surprisingly, The Broken Family Band are not, as you might assume from their name and their sound, from some sleepy southern state backwater; rather they actually hail from that most un-country-music-esque of towns: Cambridge, England. It’s not just their country credentials which are exemplary: they recorded two sessions for Peel, did a cover version of Neutral Milk Hotel’s “The King Of Carrot Flowers Part 2” on their mini-album “Jesus Songs”, and in 2007 their “Welcome Home Loser” album was included in The Guardian newspaper’s ‘1000 Albums To Hear Before You Die’.

Next on to a band who from their album titles (such as Kiss My Grass: A Hillbilly Tribute to Kiss”) you can tell a) love a pun (their very name is a pun on Aussie rockers AC/DC), b) love a cover version, and c) haven’t really grasped the idea of making decent album covers. Yup, from their “Weapons of Grass Destruction” (see??) album, it’s Hayseed Dixie, and no prizes for guessing which of their oh-so-many- covers I’ve plumped for (I’ve not mentioned the folks who recorded the original for absolutely aaaaaaaaages): 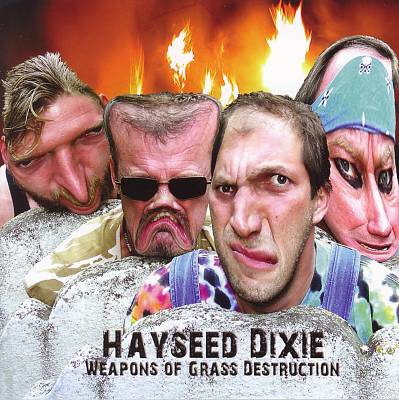 No further comment needed, I think we’ll leave that there, shall we?

To more contemporary tuneage, and two songs which are in no way country, other than having the word “Country” in their titles (and the first one featuring a banjo). First, the lead single from their eighth studio album, which I’m slightly surprised to learn, is their highest ever UK chart-placed single. No further introduction required, the magnificent: 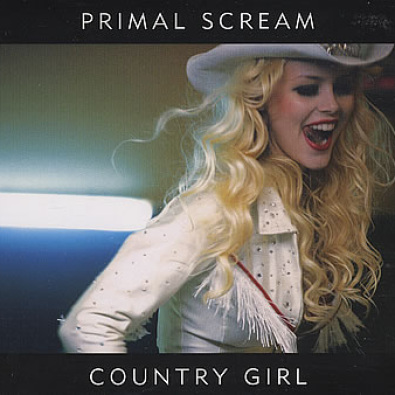 A change in pace now. In 1997, fresh(ish) from winning the race to Number One in the UK Singles chart, a Pyhrric victory if ever there was one, given the battering they subsequently took in the album sales, Blur regrouped and came back with an album which was such a departure from their previous “sound” they were almost unrecognisable.

Oasis may have won the day in terms of popularity and record sales, but for my money, with the follow-up to 1995’s “The Great Escape”, Blur demonstrated a musicality and diversity which their rivals could only dream of.

It can’t be underestimated quite what a surprise it was back in January 1997 when Blur released first the lead single (and UK Number One) “Beetlebum”, swiftly followed in April by second single (and UK Number Two, appropriately) “Song 2”, and there, sandwiched in between, was the wonderful, if not wonderfully titled, “Blur” album, from which this next track is lifted: 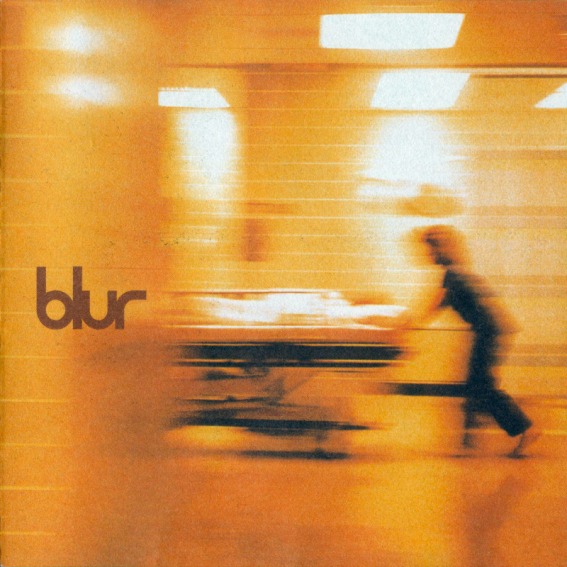 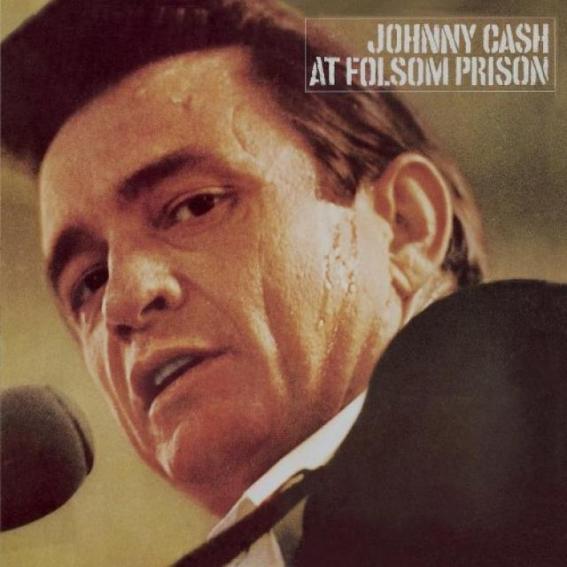 You don’t need me to explain this one do you? Thought not.

And please remember to drink responsibly.