I don’t know if you’ve noticed – it may have slipped under your radar somehow – but there’s a new Star Wars film out soon. You’d think Disney’s advertising and promotional chaps would have done something to bring this to our attention, right?

In preparation for the big day, I thought I’d spend this weekend gorging on the previous six, until I realised I don’t own copies of Parts 2 and 3, which – go on, lynch me – I’ve never seen, having given up after sitting through the snooze-fest that was Episode 1: The Phantom Menace. Seriously, you know a film is piss poor if the presence of Natalie Portman and Ewan McGregor can’t save it, and if the only thing you remember about it is how annoying Jar Jar Binks is.

Anyway, having re-watched the first one, by which I apparently mean the fourth one, I was all ready to write something terribly witty about how everyone says that basically this is a film about good vs evil, with the Jedi Knights and the Force representing “Good” and Darth Vader and The Empire representing “Evil”, that the Empire are the capitalist bastards, intent on bombing or shooting everything, including little girls (and the Earth) in pastiche John Lewis Christmas adverts.

It’s not quite that straight-forward though; part of this argument is founded on the fact that Darth Vader (bad) is dressed all in black, whilst Luke and Leia (good) are dressed in white, which putting aside the obviously racist connotations of that premise for a moment, doesn’t quite stack up when you consider that the Stormtroopers are also dressed in white. And rubbish at running through doorways.

Anyway, as I attempted to think of something new to write about the Star Wars franchise, a scene from a very different film came into my mind.

This one, to be precise.

For the uninitiated, that’s from this:

1999’s Human Traffic is, without doubt, my favourite film in the world ever. Don’t get me wrong,  I am well aware this is not a cinematic masterpiece. For a start, it contains one of the most cringe-worthy scenes ever committed to celluloid when they perform an alternative National Anthem, which I’m not going to post a link to, as it will put you off watching it – but it reminds me of a particular time and place in my life, and for that reason alone it holds a very special place in my heart.

Here’s what IMDB has to say about the plot: “Five friends spend one lost weekend in a mix of music, love and club culture.”

That doesn’t really do the film justice. Set in the club scene of Cardiff (and therefore earning a big fat tick from me), it tells the story of a group of friends getting ready for a big weekend, blagging entry to a club via a cameo from DJ God Carl Cox (my heart swells with pride that whilst the club scenes aren’t filmed in it, the scene where they are queuing up to get in was filmed outside my favourite club in the world ever, The Emporium – more of that some other time), having it large, going to a house party and then the ultimate come-down. Which doesn’t seem all that much now I see it written down, but trust me, there’s warmth, wittiness and above all accuracy about the film that, if you’ve ever been into clubbing then a) you will probably already have seen this, and b) if you haven’t, you will fucking love it. Many films have tried to capture the clubbing scene of the 1990s, but none have absolutely nailed it in the way that Human Traffic does.

It stars John Simm, an actor I’ve admired for many years and will watch pretty much anything he’s in and know I’m not going to be let down, as Jip, Shaun Parkes as Koop, Lorraine Pilkington as Lulu, Nicola Reynolds as Nina, and a cameo from Andrew Lincoln as Felix (you’ll maybe know him better as Rick from The Walking Dead, but to me he’ll always be Egg from This Life).

And then, crucially, and totally owning the film, there’s Danny Dyer as Moff.

This is unquestionably Dyer’s break-out role, having featured in the usual litany of TV standards before this. For me, he will forever be Moff (see there’s even a Star Wars reference there for you).

Moff is a small time dealer, sorting out his friends and a few others outside the circle, trapped in a situation where he has to live with his parents – his father is a policeman – and of having no job to fund his…er…extra-curricula activities.

These days, Dyer is sometimes mocked for his image as a professional Cockney, derided for being type-cast in numerous films as playing a geezer, and a quick look at his CV gives you an idea as to why that is. Critics would argue that he perhaps didn’t  exactly over-extended himself. Here’s some edited highlights:

2001 – Billy the Limpet in “Mean Machine” (a Vinnie Jones vehicle, for Christ’s sake)

2001 – Brad in “Is Harry on the Boat?”, a British made-for-TV film, based on the lives of holiday reps in Ibiza where even the title is in Cockney rhyming slang (and which I’m not going to explain here, s’too rude)

2004 – Tommy Johnson in “The Football Factory”, a film about football hooliganism

2013 – Mick in “EastEnders”, your archetypal Cockney hard-man with a heart of gold, running the iconic Queen Vic pub.

I fear it will be the latter for which he is most remembered, that and his frankly cringe-worthy series of programmes, originally for the now defunct Bravo channel if memory serves, where he interviewed various football hooligans and hard men, called, without a hint of irony, “Danny Dyer’s Hardmen”, or for his unintentionally hilarious ( I think unintentionally…is he really that arch and knowing….?) BBC3 documentary where he went off in search of UFOs, which you can watch here, and I would thoroughly recommend you do. Or if you have less time, his appearance on 8 Out of 10 Cats sums it up pretty well. Or for his use of the C-bomb on the same show to describe Postman Pat, which you can watch here but which you might have to sign in to watch, so offensive is the use of the dreaded word.

As you may have guessed, I could post links to Danny Dyer related content all day long. The guy is the very physical embodiment of the gift that keeps on giving, and my admiration and respect for him is the very real embodiment of man-love. Personally, I think he’s savvy enough to know what the public perception of him is, and plays up to it to Ker-ching! cash in on it. Fair play to him if that’s the case.

But all of that is a shame, because his turn as Moff in Human Traffic is utterly brilliant. Watch it – but steer clear of the cash-in “Remixed” version where all of the tunes from the actual film are replaced by different ones which don’t quite work as well in the context of the movie.

Anyway, here’s some tunes from the original soundtrack, chosen by Pete Tong. Well, actually, chosen by me on this occasion, but Pete Tong was the musical director on the film, so you get an idea of just how authentic the film is. 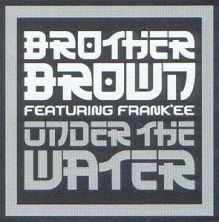 CJ Bolland – It Ain’t Gonna Be Me

System F – Out Of The Blue 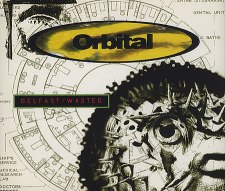