Blimey. Unsolicited actions are everywhere at the moment.

The exposure of bloated sex wart-hog Harvey Weinstein seems to have been the cork in the bottle; now he’s been popped out of the way, all of the other stories of impropriety, knee and buttock fondling, and much, much worse are pouring out.

First, Kevin Spacey, who when faced with allegations of attempting to shag a fourteen-year old boy years ago (Kevin: it doesn’t matter how long ago it was, or how drunk you say you were, he was still fourteen – and you weren’t) decided, in perhaps the least savvy bit of PR since Gerald Ratner described the jewellery he sold as “total crap…cheaper than an M&S prawn sandwich but probably wouldn’t last as long”, to try and take control of the story by declaring that he now chooses to “live life as a gay man”, thus linking homosexuality with paedophilia in a way that many thought we had passed a long time ago, and thereby setting the gay movement back by at least ten years.

To try and use his homosexuality as a shield is unforgiveable, pathetic. Plus, his homosexuality came as a surprise to precisely nobody; it’s been the worst kept secret in Hollywood for years now – even I knew, and I’ve never met the man, or anyone who knows him, nor have I been to Hollywood. But, it’s been a running joke for a long time about him having to pay glamorous women to accompany him to premiers and red carpet events. Had you Googled the words “Kevin Spacey escorts” about three weeks ago, you’d have seen what I meant; do it now and you’d probably have to scroll a long way down to find the gossip I’m talking about.

There will be more of these, mark my words. We all know what the phrase “casting couch” means.

I really hope the stuff about Hoffman isn’t true, though. Every Christmas I rue the fact that I can’t listen to Gary Glitter’s “Another Rock’n’Roll Christmas” (he is vile, the song is not) anymore and so the idea of never again being able to watch The Graduate, or Marathon Man, or All The President’s Men, or Midnight Cowboy, or Little Big Man, or Lenny, or Straw Dogs, or Papillon, or Stranger Than Fiction…I’d rather not lose that huge slice of my life. But lose it I must if what is alleged is true. (I realise I’m not the victim here, by the way)

And now the sleaze focus has shifted to Westminster and our own Parliament, where Michael Fallon has had to quit his position as Defence Secretary not because of his knee groping with a female journalist (I do begrudge having to describe Julia Hartley-Brewer as a journalist, by the way. Katie Hopkins with a thesaurus seems more apt) but because his conduct, in his own words, had “fallen short” of the high standards he should be setting. This was after a further allegation, made by Andrea “Still a Mother, but with Cold Hands” Leadsom, that he had suggested that he knew “somewhere you can put them [her hands] to warm up”, came out.

There’s a whole dossier on Tory MPs’ inappropriate behaviour, naming 36 different cases, including the queasy tale of Mark Garnier who got his former assistant Caroline Edmondson – who he charmingly insisted on calling “Sugar Tits” – to purchase some sex toys from a shop in Soho whilst he waited outside. Because standing outside a sex-shop whilst somebody else goes in to get your wish-list is a much better look than actually buying it yourself.

Much as I’d love to, I’d be foolish to think this is just limited to the Conservative Party; for now, just as sure as eggs are eggs and perverts are perverts, allegations have emerged against Labour MPs too; Clive Lewis has been accused of groping a woman at this year’s Labour Party Conference (he denies it), and Kelvin Hopkins, has been suspended after allegations that he sent “inappropriate” text messages and rubbed himself up against a young woman after a political event. Presumably not at the same time, unless he was on PAYG and could claim the 10p per text message tariff back on expenses.

But, most repulsively, there’s Labour campaigner Bex Bailey’s allegation that not only was she raped by a senior Labour party figure (not an MP) at a Labour Party event in 2011 (my money’s on….no, I’d better not), but that when she found the courage to report the matter, she was advised by senior officials not to take it further because it may damage her career to do so.

Before all the readers on the other side of the pond start crowing about the turmoil in UK politics, just remember that we’re just finding out about this now; prior to last year’s election you had Donald Trump, on tape, boasting about how he gropes women, and you still went ahead and voted him in.

And what do all of these men have in common? They’re all, to varying degrees, in positions of power. Power which they – allegedly in some cases, admittedly in some – used to satisfy their pathetic urges.

Oh, and don’t think that this will end here. For just as we all know the meaning of the term “casting couch”, we also all know the phrase “groupies”; and do you really think that every rock star, presented with an adoring, willing, pliable and vulnerable young girl stopped to check their ID before doing whatever they did with them? Think again: a rock star you love is going to get taken down by this (and rightly so if true).

And we will hear again and again, as we already have, the defence that the accused is “a dinosaur”, that their behaviour was acceptable “back in the day”. No. No, it really wasn’t. It’s the power thing again; back then it was even harder for women to speak out than it is now, and you only have to look at the abhorrent backlash against some of the victims happening now to see how tough it is now. (I follow Labour MP Stella Creasey on Twitter – partly because I generally agree with her politics, but in all honesty mostly because she likes The Wedding Present – and this morning I have read, with increasing bewilderment, sadness and dejection, men criticise her for having the audacity to suggest that men should be held to account for their pervy actions.)

Without wishing to sound like I’m trivialising this matter (as much as I know some of you enjoy me having a rant, this is primarily a music blog), it’s pretty simple. Here’s a rule of thumb for men in power – no, scrub that, for men everywhere – to live their life by.

If the Georgia Satellites – who, let’s face it, don’t look the sharpest tools in the box – could get their heads round it back in 1986, then there’s no reason that actors, movie moguls, politicians and (probably) rock stars and any other pork sword bearer hasn’t got it by now: 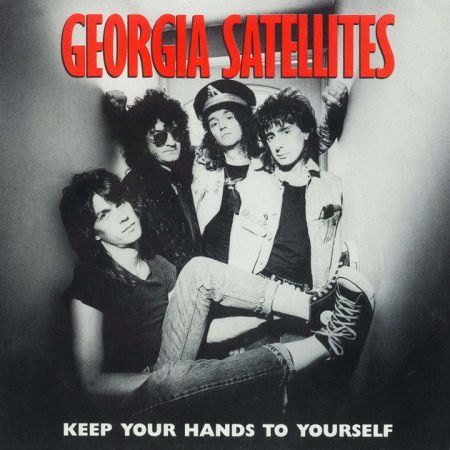 Georgia Satellites – Keep Your Hands To Yourself 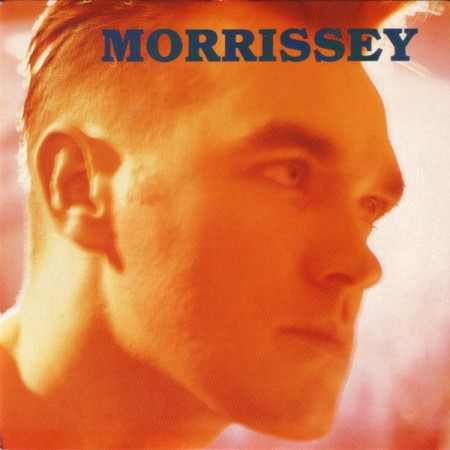 Morrissey – Such a Little Thing Makes Such a Big Difference