It’s a very special Friday Night Music Club this week for two reasons: firstly, in the UK it’s Easter Weekend, so a long weekend (No work til Tuesday!); secondly, as I mentioned in last week’s post, I’m going to see Underworld tonight.

In my younger days, I was always quite resistant to dance music. If a tune didn’t have guitars on it, I wasn’t interested.

But over the years, my resistance got chipped away, and so I thought tonight I’d play you a selection of dance tunes which were milestones for me.

So, first up is a stone-cold classic, the biggest selling 12″ of all time:

Now I wish I could say that I bought this when it first came out. Well, I could say that, but it’d be a big fat whopping lie. In 1983, I had no idea who Joy Division were, or that New Order had risen from their ashes, but I did see the now legendary appearance on Top of The Pops where they insisted on playing Blue Monday live, and after which, famously, the single went down in the charts.

In 1988 I went away to college, and by 1989 I was DJing the Indie Night every other Tuesday. The night was, frankly, dieing on its arse. Some weeks we were lucky to get 20 people through the door. And then three things happened:

And so suddenly, we were able to play all of these great records (not the rave ones, though) at our little Indie Night and so for a very short while these records moved centre stage and we had our finger right on the pulse.

Did you manage to get the “Oh Yeah!” bit in the right place? I always feel so chuffed when I do. The simple pleasures that life brings, eh? Pathetic really.

One Tuesday night, a couple of lads from Nottingham, decked out in hooded tops and flared jeans, pressed their faces up against the shatterproof glass which surrounded the DJ booth in the Students Union and mouthed “Got any Mondays?” at me. I hadn’t (my finger wasn’t quite on the pulse at this point, more tapping to see if I could find a good vein) but said if they wanted to bring some in I’d be happy to play it. 10 minutes later, after they had bombed back to their flat to collect, I had the next record held in my hands. The title intrigued me. I played it. The dance floor didn’t exactly fill, but quite a few joined the two lads Daints and Peetey (the former of which I would form a band with shortly afterwards) as they started to frug away in what I learned sooner after was a fair approximation of Bez: 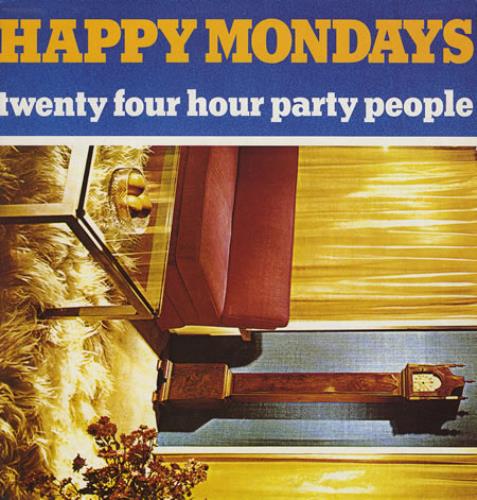 Many years later, when I had finally started going to club nights, we went to see Jon Carter play in The Emporium in Cardiff. I remember I was just leaving the dancefloor when the vocal part of “24 Hour Party People” kicked in and I found myself scrabbling to get back to the dance floor sharpish. One of the biggest, non-checmically induced, rushes I ever had.

There was another band who ditched their early sound to start producing records which were neither Rave nor Madchester, a band I loved when they were Grebo, and loved even more when they started messing around with loops and samples. This is one of their last singles, probably one of my favourites, which always takes me back to a basement indie club in Cardiff called G.W.’s that Daints and I often frequented after we’d left college:

The success in reviving the Indie Night, for which I naturally took all the credit, led to me being asked to co-DJ the Saturday night slot with a lad who we nick-named Dave Doubledecks on account of him running his own mobile DJ outfit, but whose name was actually Phil. This night exposed me to a great many other dance records which were by now, circa 1990, the main staple of the UK Charts, and there were some that, much as I absolutely no way on earth would have admitted to liking at the time, I secretly did, and love to this day. I make no apologies for their inclusion here. So there.

First up, an early project by one William Orbit:

The first time I heard the next record, I was at the club night at the Students Union, in all honesty cribbing up on what I could play the following Saturday night. The DJ dropped this and I was stunned. Not because of the saucy “Je T’aime”-ness of the vocal track, but because a record that slows down that much in the middle just shouldn’t work. It did though; the place went fucking apeshit for it.

Much as you might hate this next record, deride it for pinching the vocals from Loleatta Holloway’s “Love Sensation” and then getting a model to mime to it, in 1989 (and surprisingly often these days) if you wanted to get everyone in a Students Union chart night to dance, this was your weapon of choice: 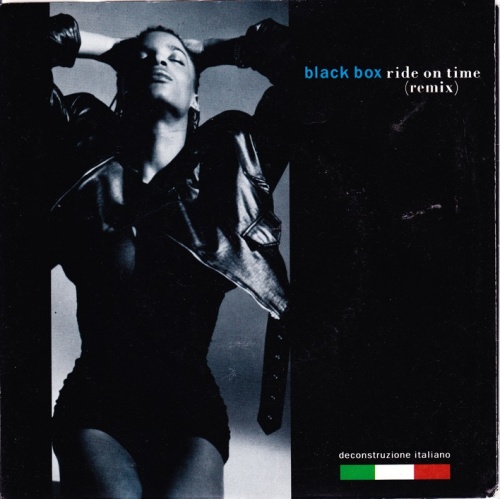 These days better known as producers, remixers, call them what you will, this next lot, appropriately, met at The Hacienda in 1988:

Not really a “dance” record as such, next is one of the greatest records ever made, a guaranteed floor-filler, and the subject of one of the biggest travesties in UK Chart history:

200. Deee-Lite – Groove Is In The Heart (Peanut Butter Radio Mix)

I say travesties because this record only ever got to Number 2 in the UK Charts. It had sold exactly the same amount of copies to be the joint number-one , along with “The Joker” by The Steve Miller Band, a record which had been re-released due to its use in a Levi Jeans ad. “Groove…”‘s placing second was due to a rule instituted in the 1980s, which stated that in the event of a tie, the single with sales that had increased most from the previous week would reside above the other. The week before, “The Joker” had been one position lower in the chart the previous week than “Groove Is in The Heart”, and thus “The Joker” was therefore deemed to be the bigger-selling of the two.

This was the first and only time the rule was ever implemented, and it’s since been ditched. Not that anyone pays attention to the Charts anymore.

Right, I could literally sit here and post hundreds of these until well into the wee small hours, but if I don’t get moving soon I’ll be missing the gig tonight.

So I’m going to sign off by breaking the golden rule of any mix-tape, CD compilation, or playlist: by playing three records by the same artiste.

So, from the first Underworld album I ever bought at the time it was released, “Beaucoup Fish”, their third with Darren Emerson having joined their ranks (but fifth overall), and which swiftly led to me going out and buying the previous two:

And finally, from their “A Hundred Days Off” album, possibly, probably, my favourite track by them:

I say probably, as it’s a pretty bloody close call with this: 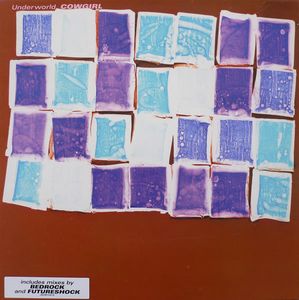 Hopefully, we’ll get some, if not all, of them tonight.

And I’ll leave you with their latest single, the opening track from their “Barbara, Barbara, We Face A Shining Future” album, and which has first song of the night written all over it.