Generally, I have an opinion on things. You might have noticed this.

This is in marked contrast to how I was in my younger days, when I would over analyse and not be able to make my mind up. When I was on the Student’s Union Executive, I was known for being the one person in the room who, when asked to vote on a matter, would say “But, I can see both sides of the argument…” before abstaining.

I mention this because I was listening to a record the other day – which I shan’t name here, because it will probably feature later on in this undoubtedly short-lived series – where the singer delivered a few lines in spoken word rather than doing what their supposed to do: sing.

And I wasn’t quite sure how I felt about it. In a way, I felt slightly cheated by it: why haven’t they sung that bit? Was it because they couldn’t find a good rhyme, or get it to scan properly? In which case, that’s an unfinished song you’ve got there.

Or perhaps, it occurred to me, there was an important message contained within the spoken passage, and the singer had delivered it in this way to make it standout. I decided, and you can call it the benefit of the doubt if you like, that this must be the case, even though on a second listen I wasn’t able to identify anything particularly profound therein.

No matter, it got me thinking about other songs which contained spoken rather than sung words, and this one sprang to mind. When you listen to it – and you will because it’s by Neon Neon, a collaboration between producer Boom Bip and Super Furry Animals’ frontman Gruff Rhys and is therefore ace – you will notice that this is a bouncy bit of 80s-esque pop with a Star Wars reference thrown in for good measure, but you might not notice the spoken part in question.

But focus in on the start of the second verse and there you should here some dialogue. Dialogue which just makes me grin whenever I hear this record.

I don’t really want my 2016 posts to end the way they started, with an obituary, but it’s starting to look more and more likely, isn’t it? Especially as I haven’t finished writing the one you’re all waiting for (me to get out of the way).

I’ve tried to be selective with the folks I’ve written about, picked people that meant something to me, but 2016 has been such an utter relentless bastard of a year, I know I’ve missed some, most glaringly Victoria Wood and Caroline Aherne.

And probably lots more; I was channel surfing the other day, wound up on the BBC News channel watching a half hour programme about famous people who had died this year. It was Part Two of the show. I can’t remember another year where the summing up of the nation’s favourites that we lost in the previous twelve months takes an hour.

Anyway, there’s very little I can say about Carrie Fisher that hasn’t been said in the last few days. She seemed to be going through a bit of a renaissance recently this side of the pond, appearing in the excellent Channel 4 sitcom “Catastrophe” and popping up on panel shows like “QI”, and making me fall in love with her all over again.

Just as I did back in 1977 when I went to see “Star Wars”, (it hadn’t been subtitled “IV: A New Hope” back then) leaving the cinema a changed boy, aspiring to be as cool and wise-cracking as Han Solo (mission accomplished, obvs) and get to know the gun-toting sassy Princess Leia in ways that I didn’t really understand yet. Turns out Leia and Han got pretty close in real life too…

Make no bones about it, Carrie Fisher as Leia was something fairly new in cinema back then: a strong, smart, sexy woman who took no shit, fearlessly stood up to enemies, wasn’t afraid to get her hands dirty, even if it was in a garbage crushing room, and knew how to use a blaster to boot, your actual bone fide role model, no less.

When I heard the terribly, terribly sad news of her passing – all the more sad because just a day earlier, her mother (now also passed) had given us New Hope that she’d pull through – two songs sprang to mind; one because of the title (though she was so much more than just “another girl”), the other because…well, I don’t know of any other songs to name- check Leia’s Death Star blasted home planet: 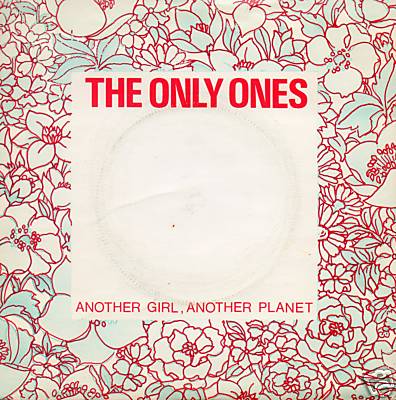 The Only Ones – Another Girl, Another Planet

Neon Neon – I Told Her on Alderaan