But the songs I post are generally older ones that you all know already, or maybe have forgotten about; as historically I have never been first to discover a band, I prefer to leave all that “breaking new acts” to those with a better ear for that kind of thing, and a better turn of phrase for describing it than I.

But this morning: something different. The story of a band who peaked in the mid-to-late 1980s then promptly vanished without a trace, amid animosity, violence and even rumours of death and murder.

And I know for a fact that you won’t have heard of them, or anything by them.

Ladies and Gentlemen, I give you the magnificent: 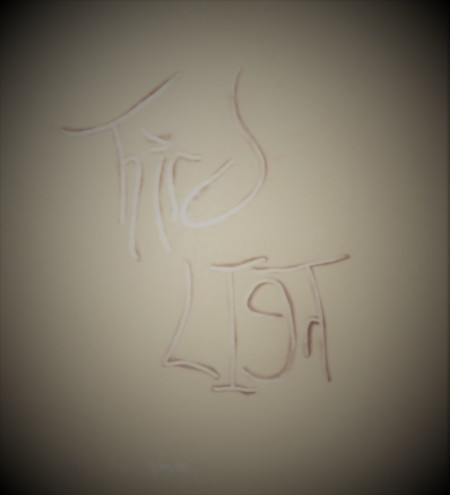 I mention Third Light now because today the three founder members, Rob, Phil and “Swing” will be reconvening. It is the first time they have laid eyes on each other in over thirty years.

Let’s get the admin out of the way first: Third Light is one of the coolest band names ever. Fact. But what does it mean? Well, Wikipedia tells us that Third Light is supposedly  a superstition among soldiers during the Crimean War to World War II. Since then it has been considered bad luck for three people to share a light from the same match. The superstition goes that if three soldiers lit their cigarettes from the same match, the man who was third on the match would be shot. The enemy would be alerted to their presence by the first light, able to take aim by the second, and by the third…well, you get the idea.

It would turn out to be a most prophetic name.

The trio first met at school, but had little to do with each other until one Friday night in their final year when a “disco”, for want of a better word, was held in the school hall. But this was no ordinary school disco, it was open to locals too. And more importantly, it had a fully licensed bar. And even more importantly than that, one of the more senior teachers worked behind the bar and he was perfectly happy to serve alcohol to his pupils, even when he recognised them out of uniform, so to speak. (Indeed, it was this teacher and this act of generosity which inspired the first band name suggested: Cliff and the Babes, a name rejected for sounding too much like a novelty act. As if Cliff would have anything to do with children. Take heed, BBC!)

The three found themselves at the bar together, supping pints of snakebite and black, all suddenly aware that they were rocking a very similar look: dressed all in black, hair spiked-up, skinny tight jeans. It was to become a look adopted by their many fans over the next few years; indeed you sometimes spot them to this day. You might know them as goths, or Emo, but back in the day they were known as Lighters.

And it was in this crowded bar on that Friday night that the three of them looked each other up and down and all came to the same decision: it’s not my round. And then they came to another one: these two geeks are my ticket out of here.

They didn’t need a ticket out of there that night though; they were chased out by a group of local thugs who didn’t appreciate people turning up looking a bit different. That night they were forever united as the pitchfork brandishing and flaming torch waving lynch mob kicked seven bells of shit out of them on the village green. Apparently it’s quite hard running away from danger when you’re in skinny jeans, a flouncy blouse and winkle-pickers. If there was any justice in this world, which we know there isn’t, but if there was, then there would be a blue plaque to them there now.  But there isn’t.

The next day, the freshly bandaged three amigos met up again, and their master plan was hatched. They would buy guitars and maybe even learn to play them. The group was split on the need to actually learn how to play their instruments: Phil thought it was important, Rob said he wasn’t going to bother unless the other two definitely were going to, “Swing” pointed out that Sid Vicious couldn’t play his bass guitar and it never did him any harm, Rob and Phil agreed that was a fair point, but the heroin addiction and propensity to murder his own girlfriend didn’t exactly do him much good either.

They did agree that the first step in their march to world domination was to gain notoriety. And so it was that they went to the pub, played some pool and politely agreed with the regular customers that you don’t get two shots on the black, put loads of money in the juke box, programmed it to play Sigue Sigue Sputnik’s Love Missile F1-11 on repeat until all of their money had run out, then left mid-way through the first rendition.

But the cracks were already appearing. Phil did buy a guitar and set about learning some basic chords. Rob told him to let him know once he could play A7, and he’d think about trying to. But several months later, when Phil had mastered that chord, Rob sent him away again, with the same instruction, but this time for F#, but as a bar chord, mind, not the easy way. The chain of command had been established.

“Swing” meanwhile got hold of an electric guitar which, rather than make any attempt at learning to play, he set about taking apart to see how it worked. And after he’d done that, he realised he didn’t know how to put it back together again, so that was the end of that. Back to being the Sid of the band it was, then.

And still the music, the sweet, sweet music kept not coming. The trio worked hard on their “difficult first album”; they designed a logo (as above) and came up with a title: “It Don’t Mean a Thing if it Ain’t Got That Swing.”

And then, the irony-o-meter went off the scale as suddenly the band no longer had Swing. He disappeared without a trace. Many said that he was dead, some said he was murdered. Then came the usual Lord Lucan-esque rumours that he had been spotted. In much the same way as conspiracy theorists said that Paul McCartney was dead because he appeared on the cover of Abbey Road with no shoes on, so the whispers grew that Swing had been spotted on a zebra crossing wearing nothing but his shoes.

Rob and Phil soldiered on, arranging publicity shots to send out as missives to the likes of the NME. Only one photo survives from that shoot: 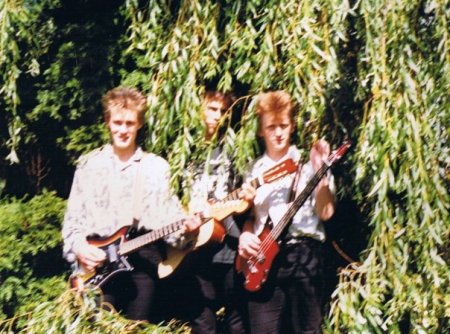 In a rare interview in 2015, Phil added a further layer to the mystery, when he was quoted as saying: “It’s an interesting story. Being only weeks after Swing died, Rob and I decided to push on with the new single release. This publicity shot was the first one since his death. Imagine our surprise when the picture was developed with Swing’s face in between us.”

But the band could not recover from the loss of their most enigmatic, if musically ungifted member, and they disbanded just as the major labels were forming orderly queues to sign them up (it says here).

But now they’re back, Back, BACK! And who knows, maybe this time around they may get around to actually recording something. If they do (they won’t) I suspect it will sound like a hybrid of these five bands, all of whom were cited as influences in early interviews: 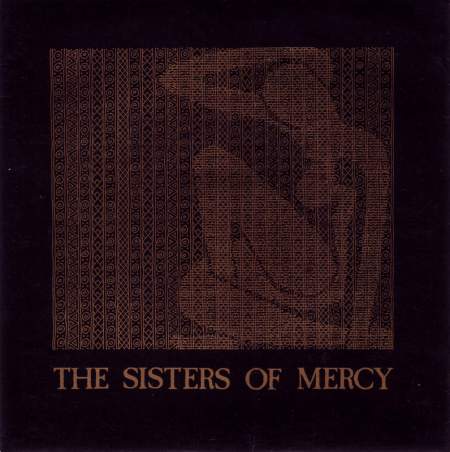 The Sisters of Mercy – Alice

Pop Will Eat Itself – Oh Grebo I Think I Love You

Ah. Maybe that’s where they got their name from, then…

Anyway, truth be told, they’re more likely to go find a local pub which has a pool table and this on the juke box:

PS: have a splendid weekend (this weekend) catching up, chaps.

And have a great birthday (next weekend), Bruv. Please can you put my guitar back together again sometime soon?