Following on from my earlier post where I talked about how my listening habits had changed, I’ve realised that sometimes I really don’t help myself.

One of the reasons I listen to music almost entirely on shuffle these days is because that way every now and then my iPod throws up a little golden nugget, or the idea of what to write about next on here.

Recently, I have *ahem* come to own the first 75 albums in the “Now That’s What I Call Music!” series, which I’m currently in the process of uploading onto my iPod.

Masochist that I apparently am, I decided that rather than be selective about what to add, I would simply upload each and every one and see which ones were chosen for my aural delectation.

The plus side of this is that my memory has been jogged about certain records that I had forgotten all about (Kenny Thomas, anyone?), or I’m intrigued about some that I knew nothing about in the first place (just who were 2wo Third3 and what made them think spelling their name like that was in any way a good idea??).

Actually, now I’ve written that, I’m not so sure either of those can be considered plus points.

On the down side (as if that wasn’t bad enough) I now own far more Tina Turner songs from her late 80s/early 90s period than I ever care to hear.

In short, I have turned my iPod into a revolver in a game of musical Russian Roulette, only there are bullets in 5 of the 6 chambers, not just 1.

I’m already wondering if this was a good idea.

Yesterday, this experiment bore its first fruits, and wouldn’t you just know it, it’s getting used in this section, where I post fucking terrible cover versions of great records.

There’s been several covers over the years of today’s choice, but none so arse-clenchingly awful as this. Brace yourselves. I’m about to type three words I never thought I would.

Samantha Fox – I Only Wanna Be With You

And yes, that’s our old friends PWL at the helm, sucking the life out of the original, replacing it with their own special brand of bland.

Quick, nurse! He’s out of bed again! We need the original! 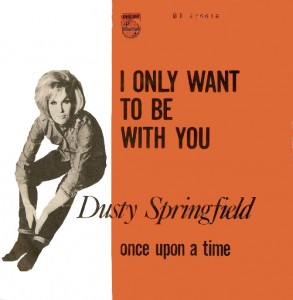 Dusty Springfield – I Only Want To Be With You

Too late. I need to shower and wash the PWL stink off.