… this is the other record I was referring to in the last post.

10:43 of undeservedly forgotten inspirational early 80s rap, a history lesson if you will, produced by -and featuring – one Stevie Wonder.

Aware that I’d never encountered anyone who remembered this record, a few years ago I played it to someone who I thought might – I think it was Hel via a Friday Night playlist, but maybe not, apologies if I have besmirched your good name there – only to be met with blank looks as they had absolutely no recollection of it whatsoever.

“The Crown” went Top 10 in the UK in 1983, peaked at No. 6, and, had I thought of it at the time (i.e. just over a week ago), would have featured in last week’s Olympic Friday Night Music Club, for then I would have looked really cool and knowledgeable, even if I still can’t get my new phone to work properly. 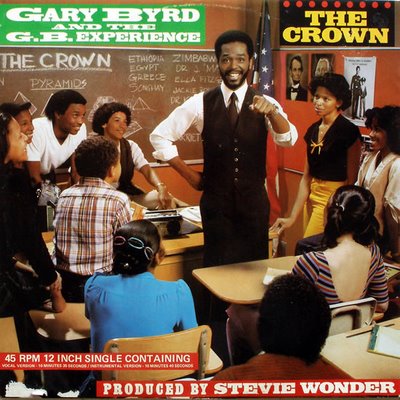