In 1982, Dave Robertson of Stiff Records made a suggestion to a new label signing: record three cover versions to attract everybody’s attention, then release an original composition and it will be a massive hit.

And then, the killer song what they wrote themselves (to quote Ernie Wise), which in 1983 gave them their biggest hit, their only UK Top 10 (See? Dave knows best), and an absolute stone-cold classic to these ears. I speak, of course, of this:

Of course, The Belle Stars weren’t the first act to record a hit single by that name, nor would they be the last.

Take Bryan Ferry, for example. In 1978, on hiatus from Roxy Music, he released his fifth solo album, “The Bride Stripped Bare”; this was the second single of four lifted from it, and the only one to grace the UK Top 40, and even then only reaching No. 37:

An honourable mention at this point to Prince, who would get a bit more written now had he not abbreviated the word of to o’, which saves me precisely no time to either write or type:

You’ve probably guessed where I’m going next. Yup, in one direction only. (See what I did there?)

I’m also surprised because at just over five and a half-minutes long it seems just a teensy bit too long given that, well, nothing really happens in it, it doesn’t go anywhere, it just flits between falsetto and what appears to be an impression of Kelly Jones of Stereophonics fame.

But sometimes you find yourself liking a record not because it fits the remit and sound of the type of thing you like, but despite it. And such is the case with this (which I’ve deliberately misspelled in the hope that I’ll avoid a take-down notice):

There. I’ve said it. And I feel so much better for it.

Unusual of me to post during the week, I know, but I just wanted to say a big hello (the relevance of that link becomes clear at around the 00:51 mark) and thank you to all that have visited me here recently, particularly those that have visited for the first time; the amount of extra visitors who swung by over the past week or so has left me totally gobsmacked.

As an illustration, it’s not yet the end of January 2016, and already almost half as many people have visited this little blog of mine as did in the whole of 2015 (and I was pretty pleased with how many people had visited in that time, to be honest).

So, for all the newbies, this is for you: 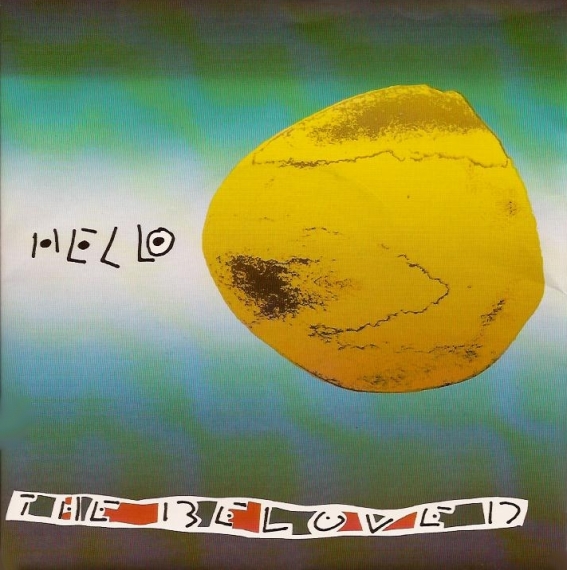 I’m sure you’ll agree that’s one of the greatest records ever made to name-check Brookside’s Billy Corkhill.

Of course, I’d be an idiot not to realise that what has prompted this sudden influx of unfamiliar personages to this little island of mine – the sort of “swarm” which would in the real world make the red tops apoplectic with rage until one of you is washed up lifeless on the shore of a post about how much I like “Love Games” by Belle and the Devotions – is that a few of my peers have in the last month been kind enough to add a link to here to their own blog, so thanks to you all (and from looking at my stats from last week, one in particular, who I think I embarrassed last time I mentioned him, so I won’t do it again, but you know who you are.)

Anyway, if you have been directed here by the above method (or even if you haven’t), it’d be rather nice if you returned the favour by a having a little look at some of the links in the Blogs I Follow and Blogroll sections on the left of this page.

At the risk of this turning into some sort of nausea-inducing homage to a Sally Field Oscar acceptance speech, thanks also for the Comments that some of you have taken the time to leave. All very much appreciated, although they have made me feel slightly guilty about the fact that in the awfully long time that I’ve visited your blogs, I can count on one hand the amount of times I’ve left comments.

For the past couple of days, I’ve had the next record in my brain as a direct result of all of this, so it seemed only fair to share it with you:

Bryan Ferry – The “In” Crowd

Right that’s over and done with. Normality will now be restored. Back to me chunnering on about records I love, hate, bought, wish I’d bought, along with plenty of examples of me making an utter arse of myself.

In other words: More soon.