My brother picked me up from the train station nearest my folks last weekend.  I managed to fold myself into his car (a Lotus of some sort, not conducive to men of my girth and rotundity trying to enter it) and was greeted by the sounds of The Wedding Present’s “George Best” album playing on the in-car sound system.

“I have to thank you”, he said, after we’d completed our ‘hello’s, “because you’ve talked about this album so much on your blog, that I realised I’d never actually owned a copy and so I went and got it, and it’s fantastic.”

You have no idea how happy it makes me to hear my older brother, from whom I learned so much in terms of musical taste, be it Deep Purple, AC/DC, The Go-Go’s, Rick Springfield or The Jesus & Mary Chain – a mixed bag, it’d be fair to say – say these words. Frankly, the fact that I’ve made one person go out and buy an album that I love, by a band that I love, fills me with pride. For it to be my older brother, then, well….then my work here is done.

I’m not stopping yet though. Not until somebody admits to buying a Quo album anyway.

So I’ll be here a good while longer yet.

We had stopped on the way home, realising our parents’ house would be bereft of Jack Daniels (both of our tipple of choice), landing on a Co-Op where you had to ask the girl behind the counter for such an outrageously stealable drink.

I approached the counter. “Bottle of Jack Daniels, please” I ventured.

“Large or small?” the girl asked.

“You’ve noticed there’s two of us, right?” my brother pointed out.

“Large it is then” said the girl.

We spent last Saturday night going through family photos, recounting stories and picking out ones that we wanted copies of. Whilst drinking, obviously.

As the night progressed, my Mum went to bed, but my Dad, brother and I continued chatting and drinking into the wee small hours, as we often do. We all manage to get together rarely, once a year at or around Christmas if we’re lucky, but both me and my brother being home for either of my parents’ birthdays is a real rarity. The songs which reflected our youth (Cash, Kristofferson, Donegan, etc.) played in the background. We paused to sing-a-long to “Me and Bobby McGee”, as is traditional in our house.

The subject of this here blog came up. We’d mentioned it to my Dad at Christmas, but he’d never managed to work out how to access it. I explained it to him again, and again explained the main thrust behind the blog: that I would catalogue every record I ever bought in order, but I would also try to highlight records which others consider to be guilty pleasures, but which I don’t believe should be classed as such.

My brother pointed out that I have been spectacularly rubbish at fulfilling the first part of that two-pronged remit recently; I retorted that it’s really tricky to write about stuff you bought 30 years ago, haven’t listened to since, and have to track down a postable version of. He said I should just get on with it, get the shit records out of the way, because he knew we were very close to the point where I started liking good records. Which was a bit rich, given his musical influence on me, but there you go.

Which leads me to today’s post, which is a double whammy: the next record that I bought in 1985 and one that should not be classed as guilty pleasure.

Nope, it’s no good, I can’t say that last bit and keep a straight face.

You remember a while ago, I said such was my Quo obsession in my early to mid-teens that I bought Jimmy Nail’s “Love Don’t Live Here Anymore” purely on the strength that I’d heard that Rick Parfitt played guitar on it? Well, I didn’t stop there. The same applies here, except there was no room for misunderstanding. As they appeared on the “Wogan” (RIP) show performing it, I knew that I had to own it, no matter how terrible a record it was.

I helped this to the giddy heights of Number 54 in the UK charts. No need to thank me. 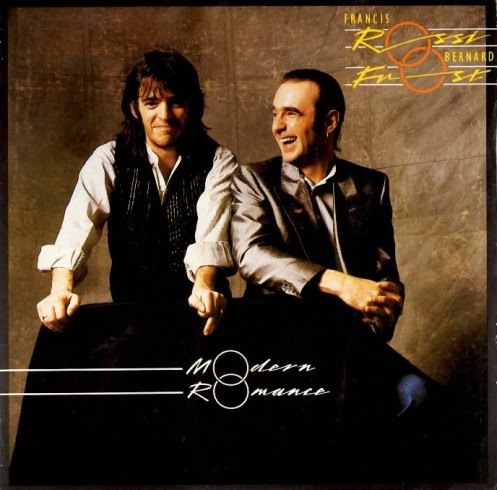 By way of an explanation (but not a justification) Francis Rossi (OBE, no less) is the lead singer of The Quo, and Bernard Frost for a time, at the turn of the 1970s into the 1980s, was his song-writing partner. They made an album together in the band’s “inactive period” in late 1984 – 1985; an album which never saw the light of day, the reasons for which will become perfectly apparent if you listen to that single.

To balance things out (slightly), around the same time, I also bought this: 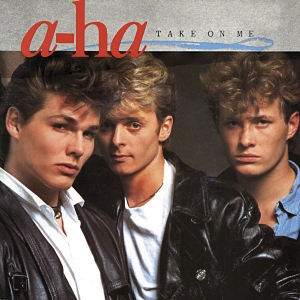 This was bought on the back of a trip to Norway, not because of any particular affinity to leather wrist bracelets, and of course seeing the ground-breaking video, which I may as well post here in a desperate attempt to draw attention away from the first of the two songs I’ve posted here today: