Another three for the price of one bargain today, which I’m going to do in a slightly unusual order. 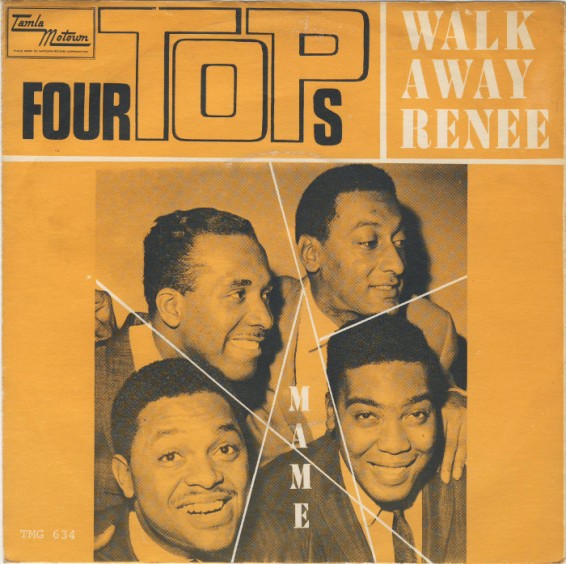 The Four Tops – Walk Away Renee

This is another one of those songs where this version is so famous you just assume it’s the original, although it would be rather foolish to think that any but the most accomplished of acts on the Tamla Motown label were regularly recording their own material.

No, wonderful as The Four Tops version is, it’s not the original; their version came out in 1968, while the original first surfaced in 1966, and for me it’s waaay better than their version: 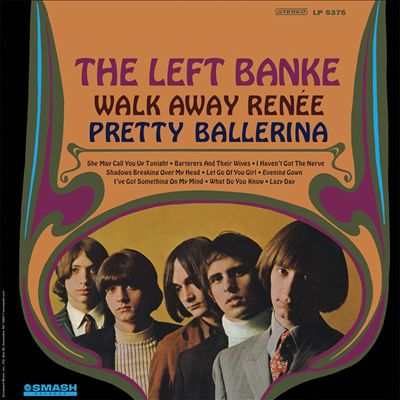 The Left Banke – Walk Away Renee

Unbelievable as it may seem, this was written by the band’s sixteen year old keyboard player, Michael Brown (no, not the former (in order) Manchester City, Hartlepool, Portsmouth, Sheffield United, Spurs, Fulham, Wigan, Portsmouth (again), Leeds, and apparently still playing for Port Vale midfielder – it would have been much quicker if I just typed the word “journeyman”, wouldn’t it?) along with Tony Sansone and Bob Calilli – but there seems to be a little bit of a difference of opinion in the accounts of how it came into being.

According to Brown, the song was one of many he wrote about one Renee Fladen-Kamm, who just so happened to be the girlfriend of The Left Banke’s bass player Tom Finn. Oh those crazy rock-love-triangles, eh?

Brown claims to have written “Walk Away Renee” along with follow up songs “Pretty Ballerina” and “She Might Call You Up Tonight” as his only way of expressing the frustration he felt. He’s quoted of saying of his unrequited love:

“I was just sort of mythologically in love, if you know what I mean, without having evidence in fact or in deed…But I was as close as anybody could be to the real thing”

That “sort of mythologically in love” bit’s quite telling isn’t it? Sounds to me like he was sixteen and had a crush on someone unattainable – something I imagine most of us can identify with. For me it was Debbie Harry, and Jay Aston of Bucks Fizz – both utterly unattainable- and a whole host of girls from school, who I won’t embarrass here. Well, not just yet, anyway.

Co-writer Tony Sansone, however, begs to differ (and not about my teenage crushes). According to several interviews Sansone has given, he wrote the lyrics for the song, and he claims that he randomly chose the name Renee because it sounded French, and in the aftermath of The Beatles’ “Michelle” he thought this was a smart thing to do.

Or if you prefer (and you should), soak up the absolute king of versions. From the B-Side of his “Levi Stubbs Tears” single, which will doubtless feature very soon in my Name That Tune thread (but, though wonderful, is probably a bit too gloomy to do this weekend), here’s Billy doing his amazing monologue, and Johnny Marr doing what Johnny Marr does best: play guitar. 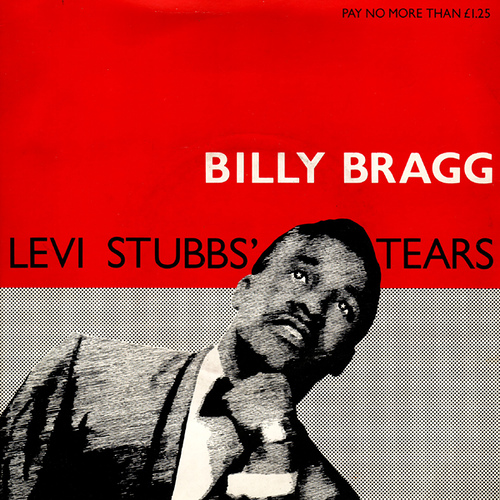 When I was at college, a friend leant me a copy of this, and I was utterly transfixed. I was already a Billy fan by then, but this was something else. Soon afterwards, we went to see Billy play at the Cardiff Student’s Union on his tour to promote “The Internationale EP” and he gloriously did an hilarious ten-minute version.

I had the pleasure of meeting Billy afterwards. Postcards to promote the EP had been scattered around the venue, and I’d liberated one and thrust it under the nose of the Big Nosed Boy from Barking and asked him to sign it for me. He kindly obliged, but gave me a rather withering look when I asked “When’s the next proper album coming out, Bill?”.

Anyway, his version, which contains none of the words from the original, is both funny and poignant, and if you’ve never heard it, then click the link. You won’t regret it.

I’ve mentioned before that while I pretty much wholly subscribe to Billy’s political perspective (fuck it, he’s one of the reasons I have the political views I have), and love his anti-establishment songs which point out prejudice and bigotry, it’s his love songs, and specifically his unrequited love songs that touch a nerve most.

In short, I think anyone who singularly went through the fickleness of teenage crushes will identify with the lyric: “Then she cut her hair, and I stopped loving her”.