A 1980s Crackerjack reference for you there. I’ll explain.

Back when I reappeared after my hospital visit last year, I mentioned that I’d thought of a song which I’d planned to post on my return, but had decided not to. 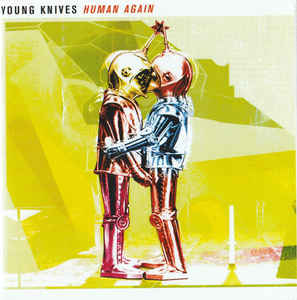 Truth be told, the reason I refrained from posting it back then is because Human Again is not how I felt. For whilst my skin condition has pretty much completely cleared up – almost miraculously in the areas which had been affected for over ten years – and whilst I seem to have survived the life-threatening pulmonary embolism (the blood clot on my left lung), issues remain.

Regular readers may recall me mentioning that after my GP had referred me to see a dermatologist, but before I actually got to see one, I developed pain and discomfort in both hands, both arms, and both legs.

Although I’m no spring chicken, I figured it was a bit of a coincidence that this had started after the psoriasis flare-up, and so had done a bit of online research. Sure enough, there’s such a thing as psoriatic arthiritis, the symptoms of which all seem to tick the boxes of those I’d suddenly started experiencing:

Pain and loss of grip in my hands? Check.

Pain and loss of strength in my arms? Check.

Pain in my legs whenever I go to stand, walk up or down stairs, or just walk a bit too far? Check.

All having come on during an episode of psoriasis? Check Check Check.

The symptoms haven’t really got any better or worse since I came out of hospital: I can’t open jars, bottles or packaging without using my teeth; I can’t raise my left arm above shoulder level and I have to use my right arm to force it up when needed. I get pain and stiffness in my hands if I sit and use a keyboard for very long (which explains why I’m on a reduced-hours phased return to work at the moment, and why my posts here haven’t been particularly frequent recently).

So what’s going on with this being treated? Well, not much.

Whenever I’ve been back to the hospital for outpatient appointments, with different consultants from different departments who oversaw my care when I was in hosptal, there seems to be a reluctance for anyone to address the issue.

For example, back in November I attended the Haemophilia Centre, where I was seen by a haemotologist (surprisingly enough). I asked them if they considered the arthritic issues I was experiencing to be a circulation problem, and if so what they proposed doing about it. The response I got was firstly that they knew nothing about it as there was no mention of these issues in my discharge papers. I politely presented them with a copy of the discharge report in question which, whilst not mentioning it in either the Principal Diagnosis or the Additional Diagnoses and Complications sections, did state that I had presented with the symptoms on the day when I was called back, and admitted, to hospital. The consultant advised me it was not a haemotology issue, so I needed to take it up with the other consultants.

Which I did, the next time I saw my dermatologist. At first it seemed promising, as they mentioned referring me to a rheumatologist, which I was of course agreeable to. But then the course changed, and they sent me for more blood tests and, as it goes, another three biopsies.

When I saw (a different dermatologist) last week, I asked whether or not a decision had been made: did they agree it’s psoriatic arthiritis and if so, what happens next, or if not, will they now refer me to a rheumatologist? I was told that they thought the flare-up in my psoriasis was caused by a different underlying condition, but declined to expand on what that might be, instead telling me that the consultants from the other departments would be speaking to be shortly.

Look, I get that a consultant from one field is not going to want to provide advice or comment on a condition which is not their specialised subject, but this is getting rather frustrating now.

So today, I’m off to visit the Haemophilia Centre again. Hopefully I’ll get some answers and hopefully a referral, but I think it’s more likely that I’ll have to wait another week until I visit the General Medicine team.

Sorry, there’s no attempt to inject any humour into my situation this time. Normal service will be resumed shortly, I hope.

In the meantime, this is as close as I can muster:

The Stranglers – (Get A) Grip (On Yourself)