The other thing about baffling lyrics, is that sometimes you’re just astounded by the sheer audacity of the songwriter who has

a) having written them

b) tried them out and

c) then thought: “Yeh, that’s totally appropriate” and left them in.

Today’s song is one which I’ve had thrust into my virtual world ever since the fire at the Notre Dame Cathedral the other week.

In that context, it’s probably fine – a Gallic “we didn’t do it” shrug.

But buried amongst the “wants to be Subterranean Homesick Blues or at the very least It’s The End of the World as We Know It (And I Feel Fine)” lyrics of this song there lies an absolute gem of a “Sorry, what did he just say?” moment.

Look, there’s the sleeve, all “I am front page news and I have a message”, all self-important pomposity.

Which would be fine, in a 20th century history lesson kind of way, which the song essentially is.

But then, come the words which make Bono’s “Well tonight thank God it’s them instead of you” on Do They Know It’s Christmas? seem positively humanitarian.

I should give some background for my mentioning it: this is a song and a lyric which Hel and I always thought to be hilariously inappropriate, to the extent that whenever one of us hears it and the other isn’t there to bask in it’s iffy-glory, the one feels compelled to let the other one know a moment is happening.

Hence one night last week I got a series of texts from Hel, telling me that the DJ in wherever she was had just played this, and that nobody else enjoyed her singing along with mucho gusto to the line in question.

My take home message: everyone misses living with me at some point. 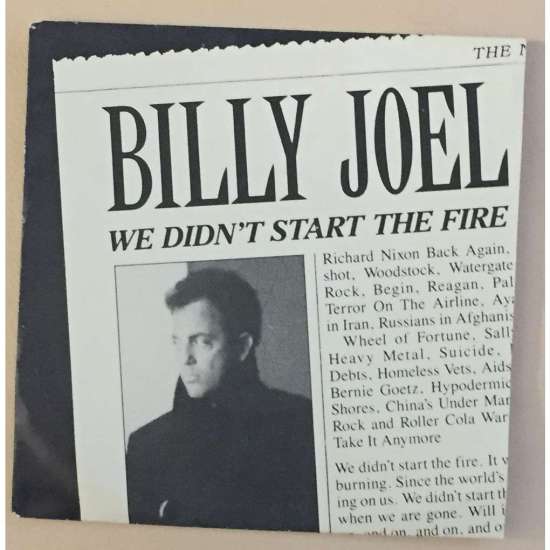