And so, with Brexit postponed until at least (appropriately) Halloween, and with the UK now probably having to take part in the imminent EU elections, it’s time, of course, for everyone’s favourite opportunist oily toe-rag Nigel Farage to step back into the spotlight.

Did I say “back into”? My mistake. For he’s never really gone away, has he? What with him appearing on innumerous occasions in the mass media, calling out the elite, or his LBC radio show, which all non-elitists have.

But Nigel’s not back as the pint-swilling, fag-smoking man of the people we all know and . Oh no.

For now Nigel has a new persona. No longer will he be a UKIP candidate, for UKIP aren’t quite Brexit-y enough for our Nigel. So, if you’ve ever voted UKIP and also voted to Leave, you should now realise that allegiance to the party is, according to their former leader, misguided.

No, Nigel’s back, railing against the “undemocratic” EU parliament by founding a brand new party, The Brexit Party. Those ad-men really earned their corn thinking up that one.

By the way, that’s the same EU parliament that he was (democratically) voted into, and for which he now intends to stand again, hoping he can be (democratically) elected again, and therefore trouser another few years salary whilst blithely refusing to actually turn up.

Farage knows about democracy, of course. He’s stood for the UK Parliament seven times. And lost every time. In 2010, he was beaten by this radical politician:

MEP Farage could, of course, just step away from the media glare right now and still trouser his £73,000 pa pension. But that’s not enough for him.

No. Here he comes, with his “call to arms” rhetoric: “If they don’t deliver this Brexit… I will be forced to don khaki, pick up a rifle and head to the front lines” he was recorded saying this week.

He’s got form in this area, has our Nige. Remember when he said this, on the night of the referendum, but before the result had been announced:

2. “…we have done it, without a single bullet having been fired…”

Well, there was at least one bullet that was fired, wasn’t there? Actually, there were three:

Who have The Brexit Party unveiled as their first candidate? None other than sister of Jacob Rees Mogg, and already probably quite pissed off about being referred to as such, Annunziata.

Because nothing says anti-elitist more than someone called Annunziata Rees Mogg.

She seems just perfect, right? We all had a friend at school called Annunziata, didn’t we?

It’s such a normal, trip of your tongue kind of name, I felt compelled to look up its meaning.

Wikipedia tells us that it’s “…the Italian word for (feminine) Annunciation” – wait a minute, isn’t Italy part of the EU…? –  whilst the Urban Dictionary simply says: “one pimp motherfucker.”

Step forward the now legendary folk from Led by Donkeys (@bydonkeys on Twitter) a former fly-posting guerilla outfit, now legitimately crowd-funded, who, not satisfied with putting up posters pointing out the hypocrisy/idiocy of certain Brexiteers, or with trolling Farage’s March to Brexit…:

…have now moved on to bigger, brighter, even more brilliant things by projecting this message to mainland Europe onto the oh-so-patriotic white cliffs of Dover:

..and then repeated the trick by projecting this onto the European Parliament Liaison Office:

You’d think someone as media-savvy as Farage, in advance of announcing the name and manifesto of his lovely new bright and shiny party, would have done the basics, like, ohh…I don’t know…registering the obvious website name for his party.

What would be really funny right now would be for me to post a song by a much derided right-wing leaning artiste, something with a title which sums up that last point. 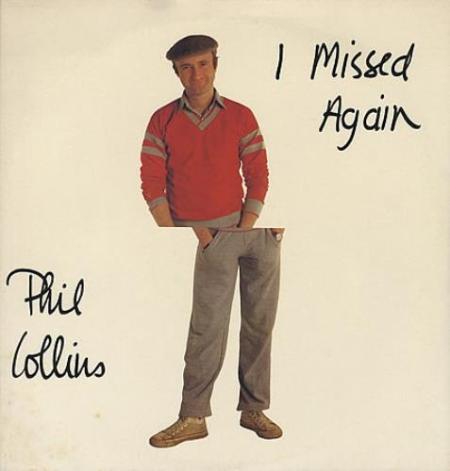 Hmmm. I don’t think I can end things there.

The final word, then, to this person from the #PeoplesVote march the other week:

This is the series where I try to honour my recently passed best friend Llŷr by posting songs which remind me of him.

So, Llŷr and I are still living in the flat of filth (by which I mean it was filthy, rather than anything filthy was going on, much to our collective disappointment), and we’ve just got ourselves connected up to what was in those days still referred to as “cable TV”.

This came with several music channels, and of course, when there wasn’t a reality TV show that needed watching, Llŷr would spend every waking moment cruising the music channels, sniffing out a trufflesome gem.

One day, I settled into my arse-supporting-washing-up-bowl-recovered-from-the-street-armchair and joined him in flicking through VH1, MTV, Box etc etc etc.

Generally, you can tell a lot about the balance of power in a household by seeing who it is that has control of the TV remote control; in our flat, that particular instrument of power invariably rested in Llŷr’s hands.

I don’t wish to make this seem like it was anything other than a harmonious household, for it wasn’t. I could very easily have played the age card and insisted I knew best about what we should be watching, but I knew that wouldn’t have been true. Llŷr had a genuine knack for alighting on something funny, stupid or (very occasionally) interesting and thought-provoking.

Aww, who am I kidding? 99% of the time it was about surfing the music channels trying to find something to amuse-bouche both our eyes and ears. And with Llŷr’s hands on the tiller, I knew I was in safe hands.

As is evidenced by him leaping forwards on the sofa one day, turning the volume riiiiiiight up loud, gasping: “Oh Jez, you’ll love this….!” when this song came on:

And the reason for his excitement? Not just that it’s a bloody great record (which it is). Oh no.

He loved the keyboard player’s theatrics.

At this point I’d love to post the video clip in question, but neither of the official videos for the tune make me as mesmerised by the keyboard player as we both were that day, so I’m guessing it must have been a live/studio performance we watched.

..nor this (although it’s a bit closer to what we watched that day):

…which means I probably haven’t done this one justice.

Sorry, dude. Still makes me think of you whenever I hear it, mind.

Llŷr’s younger sister Sian is running the London Marathon this month, raising funds for The Brain Tumour Charity. If you’d like to chip in, because it’s a worthy cause or because you think it might help you get the heads up as to whose picture she pointed at in the closing scene of Episode 2, Series 5 of Line of Duty (it won’t work, she’s very good at not giving spoilers – she looked me in the eye and told me she didn’t have an interview scene, the little tinker. I know, right? It’s as if she’s a really talented actor….), I care not for your motives.

But if you do want to help, for whatever reason, you can do so here (with the usual thanks to all of you who have already donated; my heart swells with pride and thanks every time I scroll down the list of sponsors and see someone’s name that I know visits here. You all know who you are: thank you):

1. the formation of a word from a sound associated with what it is named (e.g. cuckoo, sizzle)

I was chatting to my mate Bob about Record Store Day at work yesterday,  and I mentioned that I thought I’d read somewhere that the recently reformed Doves were releasing something new. Bob replied that although he knew their name, he didn’t actually now anything by them.

This rather surprised me and so, public servant that I am, I directed him towards their wonderful The Last Broadcast album as a pretty darn fine starting point.

This song, which as far as I’m aware doesn’t mention the song title at all, is a prime example of an onomatopoieac tune.

It pounds, alrighty enough. Gloriously so. 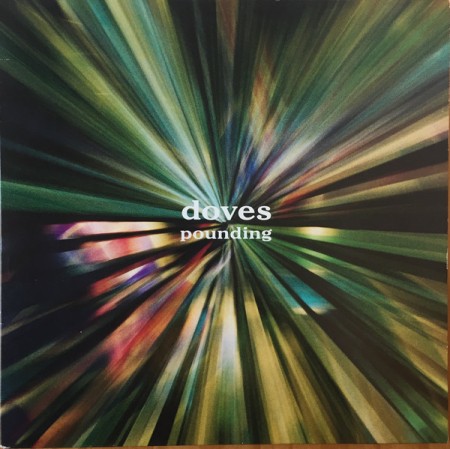 Before the lawsuits start getting pushed through my letterbox – although it would be nice to get a letter that wasn’t telling me that I’ve gone over my limit on my credit card (again), or that the cost of one of my essential utilities is going up (again),  I should stress that I am definitely not saying that one of the songs I’m posting this morning nicked any element of its composition from the other.

I can’t think why.

Welcome to the weekend.