So, having suddenly realised that I’d been missing out on the whole dance music culture thing for years, and, moreover, some great dance records, I did what any self-respecting man in his early thirties would do to try and play catch-up.

I bought a Ministry of Sound The Annual CD.

One mixed by Judge Jules, the other by Tall Paul. As time passed, I came to realise this was more of a warning than a selling point.

I had some friends round before a works-do once, and popped CD1 on. I think it lasted for about three songs, before my stuck-in-the-90s indie kid mates (unlike me, for I had evolved) insisted I changed it for something a little more guitar-centric.

But not before one of my mates checked out the CD case and pronounced tonight’s choice to be “a tune”.

It’s not the first memory that comes to mind when I hear this record, to be honest.

Whenever I hear it, I’m transported back to Friday nights, when me and three other mates (who shall remain nameless), having sat in our local pub all night suddenly felt the need to go to what I’m reliably informed was called ROAR in The Astoria on Cardiff’s Queen Street.

I can only assume the ROAR was meant in the Katy Perry way, as opposed to the Right of Access Reserved way that I knew it from my days of putting gigs on at college.

Make no bones about it, me and my mates were almost certainly the oldest people at ROAR, an underground trance night (and I mean underground literally, not metaphorically) attended by gangs of feral youths squeezed into boob tubes and furry moon boots who had managed to sneak out of the house without their parents seeing what they were wearing.

To add to my general feeling of being a bit too old to be there, I would, without fail, bump into at least one of the teenage girls who used to work on Saturdays in Boots the Chemist when I was (sort of) management there.

Despite me and my little gang of four being generally a bit pissed up or, occasionally, arriving at “off it”, having necked a pill each on the walk from pub to club, I don’t remember any of us ever dancing at ROAR.

But I do remember this record playing the first time we went there, as we walked down the staircase to the bar/dance floor. Hearing it, we were convinced we were in for a good night, only to find that they played nothing else we liked and we spent the rest of the night standing to the sides, clutching our bottles of beer to our chests, looking forlornly out onto the dancefloor, just as we’d done when we were actually teenagers.

This is the tune in question, still an absolute banger: 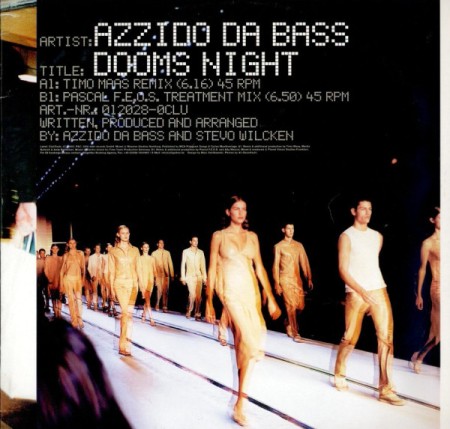 S’all about the bass. Someone should write a song about that.

This whole Russian ex-spy getting mysteriously poisoned thing got me thinking.

About songs about spies, of course.

There’s Spies by Coldplay. Thanks, but no thanks.

There’s She’s Got Spies by the ever wonderful Super Furry Animals.

And then there’s this: 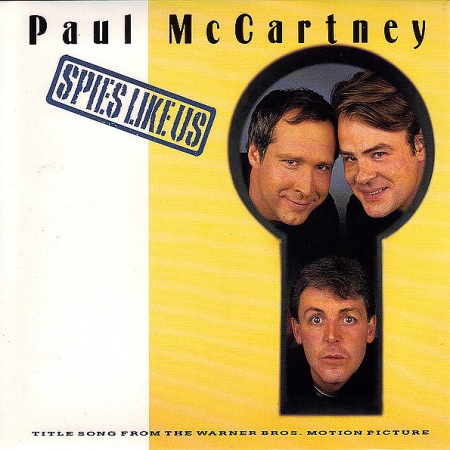 (Testing out a new sign off there. What I really mean is:)

And so the whole Russian spy/poisoning debacle rumbles on.

Russia continue to deny any involvement. As one would expect.

Both targets, Sergei and Yulia Skripal, seem to be on the mend. As one really didn’t expect. They will both doubtless make interesting witnesses.

It turns out that after Foreign Secretary Boris Johnson told us and the world that the nerve agent attack was categorically, definitely, no two ways about it, the work of the Russian state, and that he’d been told this by “a guy” at Britain’s top military laboratory, Porton Down (who had been charged with confirming the source of the Novochok – a class of chemical weapons developed in the former Soviet Union and Russia), leading to diplomatic expulsions the world over in unity, it turns out, and you won’t believe this, but Boris wasn’t told this at all.

For this week, Gary Aitkenhead, chief executive of the Defence, Science and Technology Laboratory at Porton Down, stated that although the substance used in the attack had been identified as Novichok, it was not clear whether it had been made in Russia.

Who’d have thunk that Boris would deliberately spread untruths to us? It’s not like he has form in this area, is it….? Oh wait… 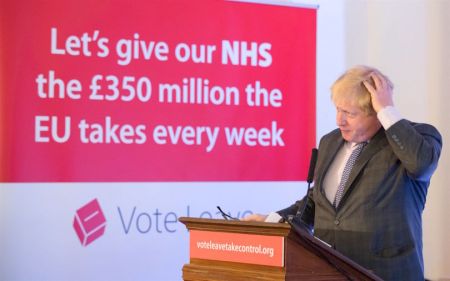 Of course, he won’t get fired for this. For getting fired, then returning as the saviour of both the Conservative party and the country is exactly what he wants, so he’ll be allowed to bumble along in his offensive, gaffe-magnet, foot-in-mouth manner, totally unreprimanded.

But putting Boris’ undoubted ineptitude aside for a moment, hypothetically speaking, if it wasn’t the Russians (and it probably was), then who could it have been?

It struck me at the weekend, sitting watching TV with my mother, catching up on a soap opera set in a Northern town that I’d not really watched properly in about 20 years. I spent most of the time asking who so-and-so was, and informing my mother that one character used to be in Brookside and one had been a contestant on The X-Factor.

A lightbulb moment: it worked for Jimmy Savile, so why couldn’t it work for somebody else?

Whoever is responsible must have insidiously infiltrated our society, made us accept and love them, in such a way that they were above and beyond suspicion when the time came to strike. Maybe they even wore distinctive clothing. 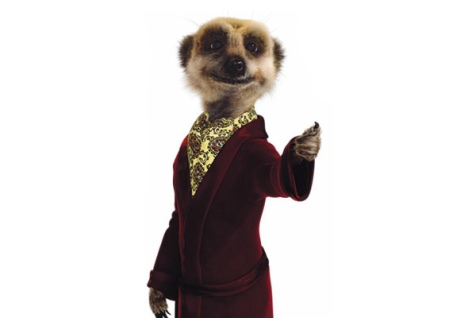 As those equally annoying 118 athletes might say, we’ve got your number, Aleksandr. 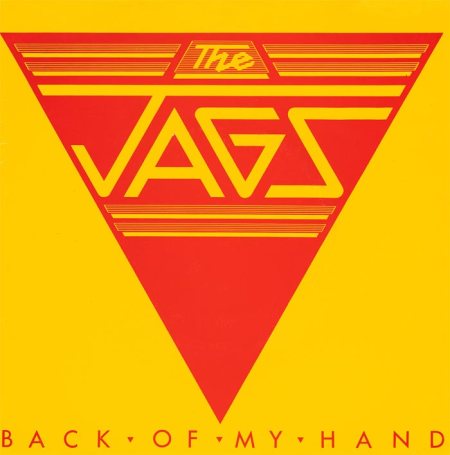 The Jags – Back of My Hand

You’ll get it if you listen to it, trust me.

The more keen-eyed amongst you will have noticed that this series, when I can be bothered to write it, features not records that I used to own and have lost for various reasons (read: skint and sold it); rather it tends to feature records that I wished I’d bought years ago, or records which remind me of being a kid, by which I mean records owned by either my Dad or my brother.

Such is today’s choice, a record that loomed large over my childhood, and of which I have no complaints about (either the records looming or my childhood, this isn’t Angela’s Ashes).

Mention John Denver to most people and they will say something along the lines of  one or all of the following things:

The thing is, when you’re growing up, or more specifically, as I grew up, I’d rather have eaten my own testicles than admit to liking any records that either my Dad or my brother liked. Their music tastes were my mortal enemy, to be defeated at every opportunity (generally by playing Quo really loudly).

But as I got older, and both me and my music tastes mellowed, I came to see they both had a point. As a kid, my brother liked the Stones, so I liked The Beatles, just to be contrary and different from him. That changed. And my Dad liked Kris Kristofferson, then okay I’ll sing along to appease him, but what I really wanted to hear at the time was some thumbs-in-belt-hoops, double-denim, three-chord boogie.

I’m not sure when it happened, but at some point the barriers came down. With my brother and I it was when we were in our teens; there’s only a couple of years between us so this was probably inevitable, I guess. But with my Dad’s record collection, I’d say maybe I was in my mid-twenties when I realised he had a point about some of the acts he loved.

A drunken night with my brother probably sealed it.

Me: Shall I stick some tunes on?

Him: Have you got Me and Bobby McGee?

See, I feel rather blessed that music was such a big part of our family life as I was growing up, and much as I pretended to hate all those old records my Dad played, their effect was just as inescapable: they kind of soaked in, I absorbed them and stored them up for future use.

It just took me a little longer with some of his records than others, and John Denver falls into that category.

In fact, it wasn’t until in my mid- thirties – in a moment that I now realise resonates greatly with a moment in my teens I wrote about here when I could only bring myself to admitting to liking a record by Suzanne Vega because a mate said they liked it first – that I got into a conversation with a work colleague who was learning to play the guitar, and was ecstatic as he had mastered the aforementioned Annie’s Song.

“That’s such a great record,” I surprised myself by assenting.

“It is a great record,” he confirmed, a tiny bit of saliva threatening to escape his bulging jowls.

And there it was. I had admitted to liking John Denver to another human being. I was outed as a Denverite. And not to just anyone, someone who could play guitar and wasn’t a nerd at all.

Okay, in the interest of full disclosure, he played chess, and went on to tell me in rib-nudging fashion about some female professional Russian chess players he really fancied. But apart from that, definitely not a nerd.

And so, to today’s record: Windsong by John Denver.

Some things you need to know:

Like these (and by the way, this guy was such a massive star in the 70s, he didn’t even have to bother putting his name on record sleeves): 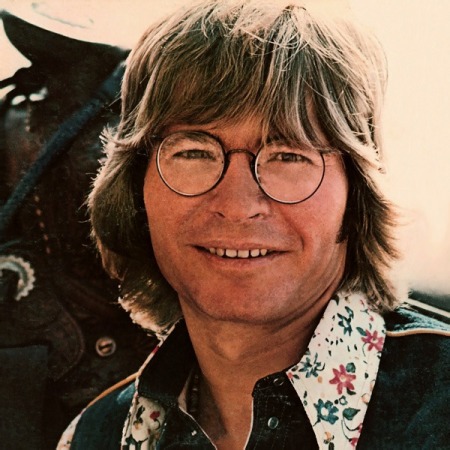 If you only listen to one of those, make it Calypso. Or Late Nite Radio. Or…oh I give up. Just listen, will you.