I was genuinely pleased to see the return for a second series this week of BBC drama The A Word.

I really enjoyed the first series which I had watched for one simple reason: Christopher Eccleston.

And before you ask, my admiration for him pre-dates his brief stint as Dr Who. It even pre-dates his appearances in Danny Boyle directed movies like Shallow Grave and 28 Days Later.

Although actually, the source of my admiration for Eccleston comes from the same year as Shallow Grave, 1994, but I didn’t watch that until after I’d seen – and because I had seen – Cracker.

Cracker was a rarity in my book: a compelling, well-acted, well-scripted drama on ITV; I can’t think of a single drama they have shown which comes anywhere close to how good that show was in it’s first and second series. Much of that was down to the writing, by Jimmy McGovern; as with Eccleston, to this day, I try to watch anything which has his name attached to it.

The show also introduced me to a couple of other actors that I still try to catch as often as possible: John Simm, Samantha Morton and Robert Carlyle.

In fact, Carlyle plays a large part in the reason I loved this show.

One of the reasons Cracker left a massive impression on me was the shocking, death of Eccleston’s character, DCI David Bilborough, at the hands of Carlyle’s Albie Kinsella, in the first story of the second series, “To Be a Somebody”.

This was something I had never seen before: a main character brutally, unexpectedly, killed off. Other TV shows have since followed suit (although I’ve never watched it, Spooks springs to mind). And if you think about it, that’s drama reflecting real life; when people die young, or in the line of duty, you generally don’t expect it, so the loss is a bolt from the blue, an absolute shock.

But I digress. When I saw that Eccleston was going to be in the first series of The A Word, I knew I was going to have to watch it.

The A Word is about Joe,  a young boy on the autistic spectrum, and the effect that his condition (and other things) has on his extended family.

Joe finds it difficult to engage with people, but he finds it very easy to engage with music; he has a pair of headphones permanently attached to him, can quote the year each song he listens to was released, who it was by, etc, and often the bulk of his conversation is focused on song titles and lyrics of his favourite songs.

And joy of joys, he has bloody great taste in music. Here’s three songs which featured heavily in the first series:

The Only Ones – Another Girl, Another Planet

And – don’t knock this one, it’s bloody great, if not quite in the same league as the two it’s sandwiched between here:

And, since I haven’t posted it for a while, and it remains one of the greatest (indie) records ever: 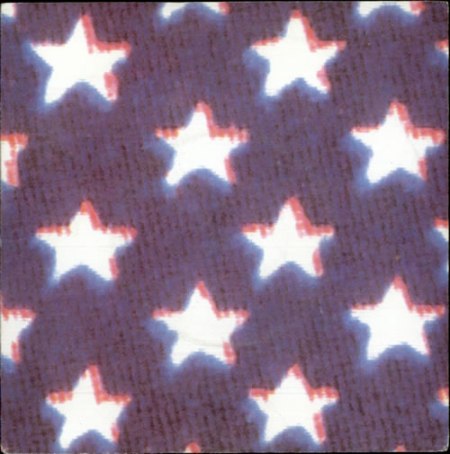 The entire first series is available to watch on the BBC iPlayer, should you be so inclined.

Or, some kind soul has compiled a playlist of all the songs which featured in Series 1 over on YouTube, which you can have a look at here.

So, could the second series match the very high standards it had set itself in the first series?

Here’s what the music over the first scene was:

And then, a little later, gloriously, this:

Note: not the album version, but the Steve Albini produced single version. Class.

So anyway, if you enjoy the sort of stuff I post here, give The A Word a look. You might even quite like the drama aspect, but if you don’t, you’ll love the soundtrack.

And if Joe isn’t writing his own music blog by the time Series 3 comes around, I’ll be very disappointed.

Either way, that should have got your weekend off to a decent enough start.

I’m tempted, as the series progresses, to feature all the great songs that feature in the show. We’ll see (if I can be arsed).

In other words: More soon.

After the horror onslaught that was 2016, I decided not to focus too much on famous people shuffling off this mortal coil.

But as I scanned through the pages of a traditionally misspelt UK newspaper this morning, I spotted that Chuck Mosley has died.

Not a name that immediately springs to mind for many, I would imagine, but Mosley was the lead singer of Faith No More between 1984 and 1988, i.e. before they got famous.

And he wrote this, a single I bought on 7″ at the time, a sarcastic, satirical response to the Band Aid and USA for Africa charity singles:

Faith No More – We Care A Lot

His family released this statement:

“After a long period of sobriety, Charles Henry Mosley III lost his life, on 9 November 2017, due to the disease of addiction.

We’re sharing the manner in which he passed, in the hopes that it might serve as a warning or wake up call or beacon to anyone else struggling to fight for sobriety.”