…I can’t let a Eurovision night go without posting this:

Having watched this year’s Eurovision Song Contest from Sweden, and thoroughly enjoyed it thanks to watching it in conjunction with Twitter for the first time, I thought it might be appropriate to post a rather fun, Swedish, take on this classic rock song:

In fact, this one, by a Swedish chap: 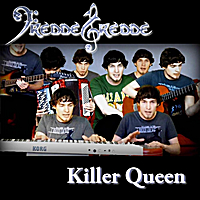 What’s even more fun, is the video that accompanies it. Pick one Fredde, watch him, then play it again and pick another one:

I don’t know about you, but anytime I hear the name “Gordon”, which cropped up in my last post (linked to Sting, but every cloud, eh?), I think of this: 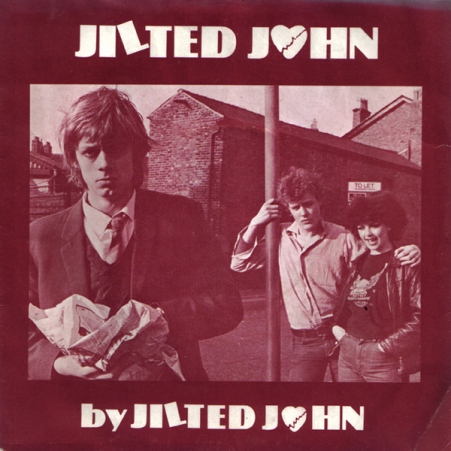 Still one of the greatest records ever made, in my book.

And the name of one of my favourite blogs is taken from it. Do yourself a favour and pay Crying All The Way To The Chip Shop a visit.

The first time I remember hearing “Jilted John”, I would have been 17 or so, and it was played to me by my old chum Richard, who owned it (or at least had access to it) on 7″ single. (Coincidentally, on the same afternoon, Richie also played me Springsteen’s “The River”, again the first time I’d heard it, and which featured in this week’s Friday Night Music Club.) I owe this man a lot (Richie, not Broooce, as you will see soon enough if you stick around).

Immediately after playing me that, he flipped the single over and, with the words, “Well if you like that, you’ll love this…” he played me the B-side, and proceeded to act out the song in what I can only describe as being in a Rik Mayall stylee. Consequentially, whenever anyone mentions “Jilted John” (after I’ve corrected them for calling it “Gordon Is A Moron”, or course) I point them in the direction of this: 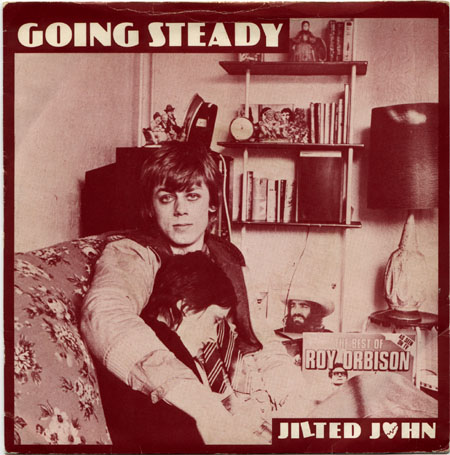 I think I love that song even more than “Jilted John” itself, probably due to Richie’s impeccable miming capabilities.

It’s the lines “I used to think that girls didn’t like me, but Sharon’s a girl, and she loves me! She says I’m dead sexy and butch, and much better looking than Starsky or Hutch” that get me every time. Mostly as I remember the mime that accompanied it. Our little secret, Richie.

Seriously, if you don’t know “Going Steady” give it a listen. Have I ever let you down so far? (Don’t answer that!)

There’s a long standing tradition in pop music of response records, by which I mean acts recording a record which is supposed to act as a reply  to the original. And “Jilted John” attracted one such song; purportedly recorded by the Julie and Gordon mentioned in the original:

Julie & Gordon – Gordon’s Not A Moron

And when I say long standing, I mean it. The earliest example dates back to 1902 and this (apologies for the sound quality and the lack of a picture sleeve but these came out over a hundred years ago, what do you expect..???):

…and the response (curiously, also by Arthur Collins, who seems to have some sort of schizophrenic condition):

Going off at a tangent for a moment, I can’t really let that pass without mentioning the other Bill Bailey, which affords me the opportunity to post this, possibly the most glorious and affectionate ribbing/tribute you’ll ever hear:

Back on track, there are more famous records which inspired a response:

..which, long before some pelvis swivelling chap called Elvis recorded his own version, prompted this:

But my personal favourite is this, from 1952:

Hank Thompson – The Wild Side Of Life 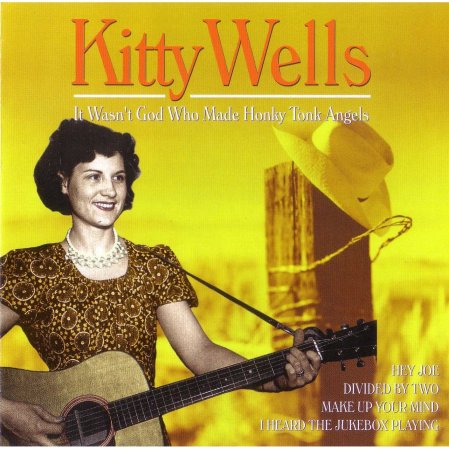 and also, since I’ve not mentioned them for a while, this: 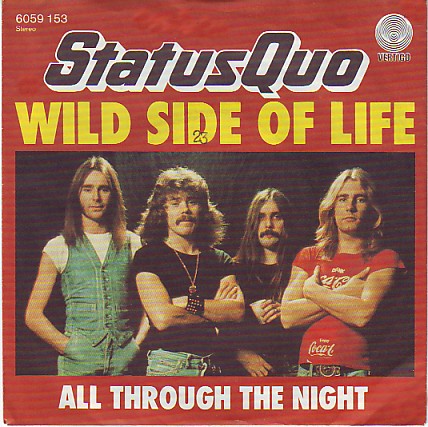 Status Quo – Wild Side Of Life

I sense a new thread forming….

Happy to report that a steady number of suggestions to follow Lynyrd Skynyrd’s “Sweet Home Alabama” were received this week (by which I mean the same as last week: two), both of which take us in directions I anticipated, albeit not the tunes I expected.

But first, some admin. I had a message from Dave a.k.a. The Great Gog who said:

“The original reasons for links are available online (or at least they were around eighteen months ago when I last looked) on an archived Radio 2 page from when Radcliffe and Maconie were on that station, but I guess that would be cheating.”

Well, Dave, yes it would, but it would also help us clarify why the official suggestion was made. So, I’ve had a peek – and I swear, I have resisted the temptation to look at the next record in the chain or how they got there – and can confirm the following:

The other bit of admin I need to sort was prompted by George who asked:

“Am I allowed to make another chain suggestion?”

So, let’s clear this up. I’m always happy to get messages from any of you, especially when it’s suggesting songs that you think I might like, or a suggestion for something to post, or hopefully both (Cath – I’ll be getting to that one you sent me months ago soon, honest!). Plus, since George no longer blogs (unless I’m missing something…) it’s a delight to hear from him; as I’ve mentioned before, I used to absolutely love his old blog and the blogosphere (I hate that term, by the way) is a poorer place without him contributing to it, so I’m proud that he reads this and wants to chip in. I kinda feel like his surrogate blogger…!

Anyway, this is starting to sound like I’ve had  few too many drinks and am about to verge into slurry “You’re my best mate, you are” territory, so I’ll delay no further.

“Lynyrd Skynyrd were named after a PE teacher; track 2 on Elton John’s album Don’t Shoot Me I’m only The Piano Player (an album I have, by the way) is “Teacher I Need You”.”

Not a song I was familiar with, as it goes, but that shouldn’t stop me, in fact one of the things I’m enjoying about this thread – and, for that matter, the actual Chain feature on Radcliffe & Maconie’s show – is that it introduces me to “new” stuff ( can I legitimately refer to a song released in 1973 as “new”, I wonder? Yes, if it’s new to me, I unwonder.), so here it is:

Elton John – Teacher, I Need You

Anyway, cheers for that George, keep those suggestions coming.

The other suggestion was from the aforementioned Dave/The Great Gog who wrote:

“My suggestion would be linking the Len from the group name to a Len in a song title and an excuse to listen to The Auteurs’ “Lenny Valentino”.”

Oh Dave, what a great choice.

I have two recommendations on the back of that:

It occurred to me that other than tracking down and posting the suggested songs, I haven’t really contributed much to this thread myself so far, and that’s not what you all pay your money for (You have all paid your Dubious Taste Subscription Fees, right…?)

So during the week I thought of a couple of songs which could link to the Lynyrd Skynyrd one, and funnily enough, they’re along the same lines as both George and Dave’s suggestions.

First, going with Dave’s “Len” suggestion, here’s one hit wonders and butter tart (whatever they are) enthusiasts Len:

Dunno what it is about that tune, but it always raises a smile on these old grizzle-chops.

The other suggestion I had was by a band that long-term readers will remember I enthused about some time ago as the act that guided me away from listening to Shakin’ Stevens when I was a nipper.

As you will probably know, former great record writer, terrible actor, commendable environmentalist and all-round pretentious prick Sting (your name’s Gordon, Sting, admit it!) used to be a teacher, amongst other things: less famously, he was also a bus conductor, a building labourer,  a tantric lover (not a fighter) and a tax officer, which gives us another well founded reason to hate him.

He also wrote this, one of the greatest break-up records ever:

The Police – Can’t Stand Losing You

Which leads me, finally, to the next record in the official Chain: 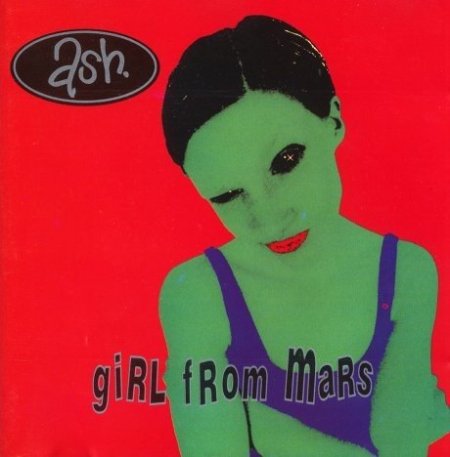 So, ladies and gentleman, your suggestions via the Comments function (at the bottom of the page) please for a) the reason the official Chain went from Lynyrd Skynyrd’s “Sweet Home Alabama” to Ash’s “Girl From Mars”, and b) any record you’d like me to post which you can link to “Girl From Mars” by Ash, along with the explanation of the connection.